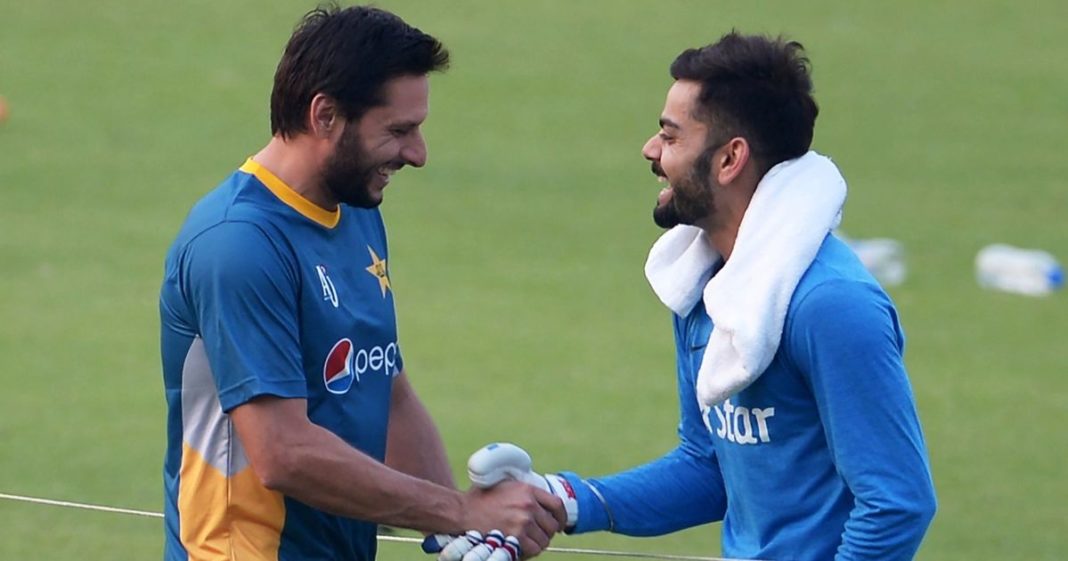 Former Pakistan captain Shahid Afridi was bowled over by India captain Virat Kohli’s batting against South Africa in the 2nd T20I at Mohali on Wednesday. Virat Kohli’s breathtaking 72-run innings led India to an emphatic 7-wicket victory. Kohli made 72 off 52 balls as India chased down their target of 150 in 19 overs in Chandigarh to lead the three-match series 1-0 after the opening game at Dharamsala was washed out. Impressed by Kohli’s efforts, Afridi termed the Indian captain ‘a great’ and wished him success for future.

“Congratulations Kohli! You are a great player indeed, wish you continued success, keep entertaining cricket fans all around the world,” tweeted Afridi after the match.

Former Pakistan captain Shahid Afridi has time and again praised Virat Kohli for his extraordinary batsmanship. Kohli was the only Indian cricketer ahead of MS Dhoni and Sachin Tendulkar to be picked by Shahid Afridi in his all-time World Cup side.

Interestingly, Kohli was awarded his 11th man of the match award after a his awe-inspiring knock against South Africa, which helped him tie with Afridi (11) on the second number in the all-time list after Afghanistan’s Mohammad Nabi (12).