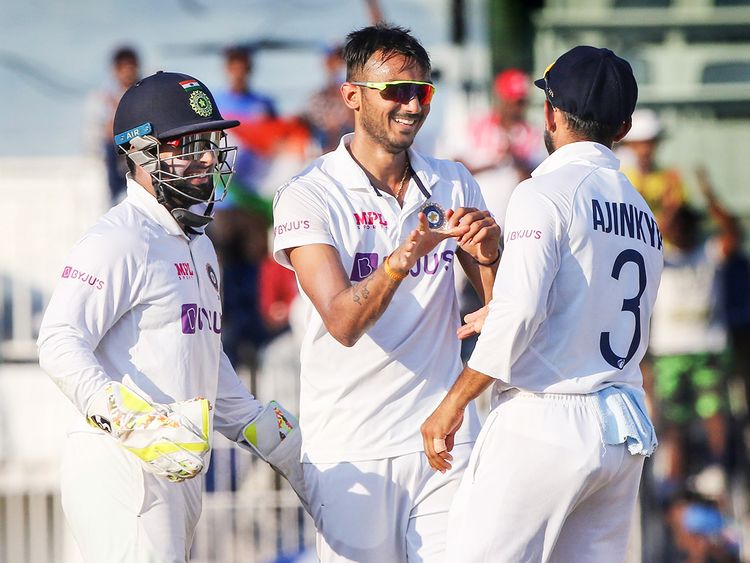 Chennai: India remains in contention to make the final of the ICC World Test Championship after completing an impressive victory over England in the second Test to draw level in the four-match series.

The victory in Chennai on Tuesday has lifted India to the second position with 69.7 per centage points on the points table but they cannot afford to lose another match as they need to win 2-1 or 3-1 to qualify for the final of the maiden edition of the championship.

England, who led the table after winning the opening Test, has slipped to the fourth spot with 67.0 percentage points. They can still qualify, but for that, they must win both remaining matches of the series against India.

New Zealand has already qualified for the final while Australia can qualify ahead of India and England if the ongoing series is drawn or if England wins 2-1.

The West Indies have moved up to the sixth position after their 2-0 series win over Bangladesh, who are yet to register a point.

Indian bowlers produced a sublime performance on day four as England only managed to score 164 runs in their second innings. Axar Patel, who made his Test debut in the match, picked a five-wicket haul during England’s second innings while Ravichandran Ashwin and Kuldeep Yadav scalped three and two wickets respectively.

The visitors resumed their second innings from the overnight score of 53/3, chasing a target of 482 runs set by the hosts. England survived six overs before Ashwin struck with his first ball on day four. Ashwin fired the ball down the leg side on seeing Dan Lawrence step out and Rishabh Pant pulled off a brilliant stumping.

Ben Stokes then along with skipper Joe Root played some cautious shots to rebuild the England innings. The partnership survived for 12 overs as Ashwin dismissed the all-rounder, Stokes, in the 38th over. Stokes departed after scoring eight runs off 51 balls as England lost half their side for 90 runs.

Ollie Pope then stitched a 20-run stand with Root to take England over the 100-run mark before he was dismissed by Axar Patel. Kuldeep then got hold of Ben Foakes, reducing England to 116/7. England then suffered a major blow as skipper Root got out.

Root (33) was caught at slip by Ajinkya Rahane off Axar Patel’s delivery. Moeen Ali smashed three consecutive sixes to Axar Patel in the 52nd over. However, Kuldeep got hold of Moeen, who scored 43 off just 18 balls, and with this, England’s second innings came to an end.