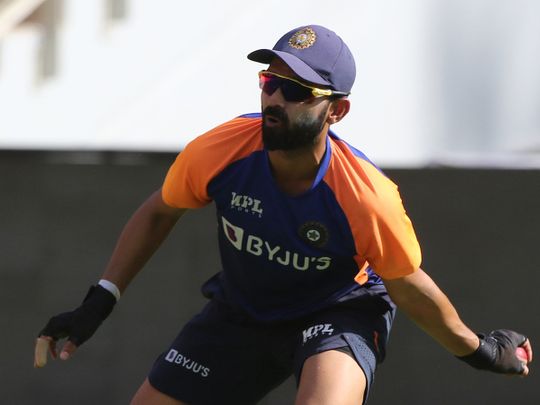 The tenor of the contest in the fourth and final Test between India and England will not be any different from the previous encounter – if the words of India’s vice-captain Ajinkya Rahane are anything to go by. After having mauled the visitors inside two days in the third Test at Ahmedabad, the hosts will again be banking on their spin armoury to win the series to qualify for the inaugural World Test Championship final in June at the Lord’s.

‘‘The wicket will be similar to the third Test here as well as the second one in Chennai. Yes, there will be a difference because this one is being played with the red ball while the pink ball came off the pitch really quickly,’’ remarked Rahane, who himself failed to click as India capitulated to 145 all out in their only completed innings in Ahmedabad.

It’s been nearly a week since Ravichandran Ashwin and Axar Patel led that the riot act – and the manner of India’s win has polarised the game’s fraternity. Replying to a query on the importance of playing straight to counter the slower bowlers with the pink ball (figures show that 21 of of the 30 dismissals in the last Test were to devliveries which didn’t spin), Rahane admitted even they lacked enough practice against the behaviour of pink balls. ‘‘When you are playing spin, it’s very important to play the line and back your abilities. However, this was only our third Test match in pink ball and we need to play more of them,’’ said one of the pillars of Indian middle order who, nevertheless, has had an ordinary series with the bat so far.

A battle to be first among equals between India, England