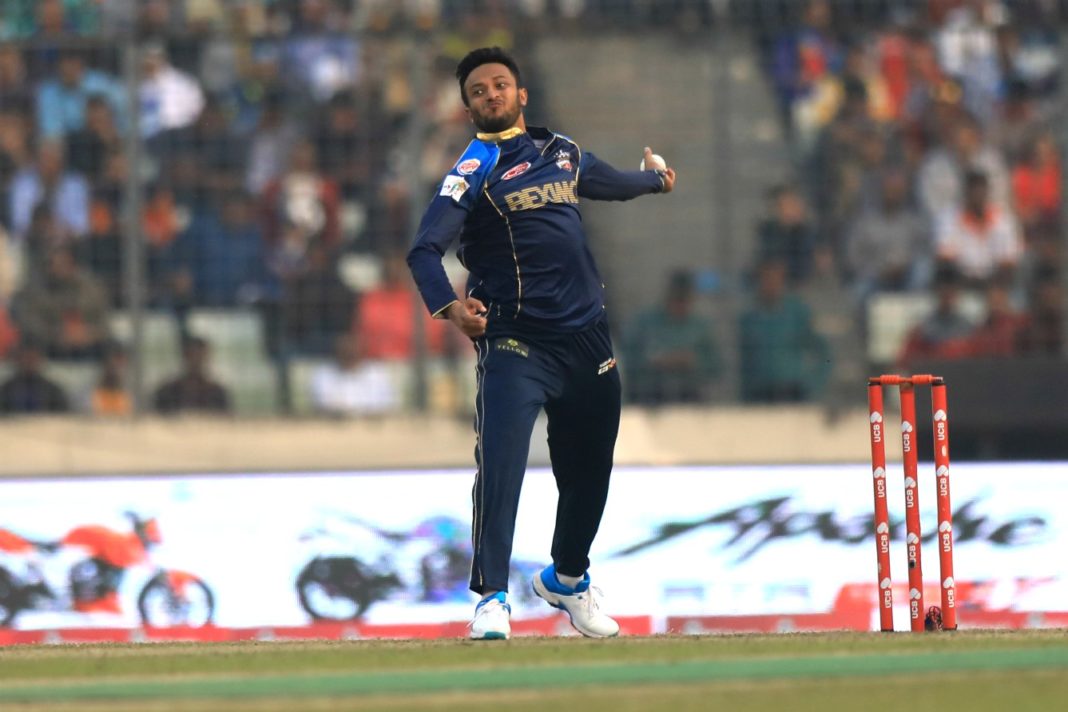 Obaid Nizam, Dhaka Dynamites’ CEO, said on Saturday (September 14) that his franchise has no problem with Shakib Al Hasan opting to join another franchise but would have liked if he had informed them about his intentions earlier.

Dynamites explained their stance regarding the issue over Shakib after they were alleged to have played foul to make sure that the senior all-rounder wouldn’t move to Rangpur Riders for the upcoming edition of BPL. The move was eventually halted by the Bangladesh Cricket Board as they decided to host a Twenty20 tournament all by themselves instead of having franchises involved.

According to some franchises, one of the major reasons behind this unexpected move by BCB of not hosting BPL this year was largely taken after the ego of Dynamites was dented, considering they have several people involved in the BCB.

“Shakib has left, he is a great player. He gave his service for the past three years,” Nizam said. “He has a special personality and is a very good cricketer. He is one of the best players I have seen playing for Bangladesh. If he wants to play in any other team, I am very transparent about this matter. If he goes to the other team and plays, I have no issues with it. He and any player can do that.

“But there are some guidelines and rules that we all should follow. Many franchisees have broken the rules and regulations earlier. [But] have we demanded something which was not in BPL’s guidelines?

“What is the rule of transition? A draft is usually made and before that draft a retention list goes (to the board). We have to sit with the players before that list. We discuss mutually how we can progress. If both (players and franchise) are interested in each other, then we select him.

“And before that how the transition happens, it comes to BCB and BPL to answer. I cannot answer that question, the board has to answer that.”

BCB high-ups stated that the demands placed by the franchises were not acceptable as it does not go by the guidelines of the tournament and they needed time to draft the new model.

In turn, several franchises have alleged that Dynamites were not interested in demanding more share in revenue sharing when BPL governing council called them to have an informal meeting ahead of the second cycle – a major reason behind the recent fall-out.

“I never talked about revenue sharing; I am not supporting the current model either,” Nizam added. “I don’t know how the model is or how will it work. Let’s say IPL, what happens in IPL? There is sponsorship of one billion dollars. Our market is small. If we take one percent (of that), it comes to 10 million dollars. And the cricket board is taking 10 crores from everyone. Then it becomes 70 crores for BCB. You are investing T(Bangladeshi Taka) 15 crore, including the grounds and other facilities which require more T 3-4 crore.

“VIVO, Nissan – do they still sponsor in Bangladesh? They don’t. I know how tough it is. We have been running the franchise for four years, we know how hard it is. They did not even provide T 10,000. I said revenue sharing is a point. I should sit with BCB for that. Other franchises raised question on that. I support it. We also have to understand what they say. When they started BPL, the cost was T 8 crore. Now that has come down to one and a half crore. Now we are regretting.

“I am not sure if the IPL model is possible in Bangladesh. It is not possible within this time,” he said. Nizam believes that BPL will roll after one year as the board will get enough time to think and make a sustainable model for them and added that if they can participate in any form they are willing to take the opportunity.