The Varanasi trials were held on September 22nd, 2021, at the Olympian Vivek Singh Academy in Karoma, Uttar Pradesh. Mr. Jatin, our anchor, spoke with several of the parents. They all remarked on the following:
1. They expressed their gratitude to YSCL for providing such an exceptional opportunity for their children and allowing them to shape their careers.
2. As a result of the children, their parents can be interviewed, which is a memorable time for them.
3. They emphasized the need always to support one’s children and allow their underlying talents to shine.
4. They found the atmosphere calm and charming and highlighted the line “Khelega India TabhiTohBadhega India.”
5. They advised not to degrade the child but rather to follow their interests and support them.
Through the YSCL YouTube channel, players were interviewed in order to pass on their knowledge to other players.

Our anchor offered a great question about suggestions for individuals who are unable to attend the academy:
The Player responded superbly, boosting the confidence of other players by stating that everything is now available on YouTube and that one can also learn the methods and tactics of cricket through the YSCL’s YouTube account.

As said by Brain Lara: “My first bat was shaped of a coconut branch. And from that day, all I wanted to do was to be a cricketer.” Such lines always help the one to keep moving.

EVERYTHING YOU NEED TO KNOW ABOUT YSCL

The culmination of the sports market was IPL and is now followed by YSCL, a brilliant marketing concept, i.e., a win-win for players, sponsors, media, and viewers alike.

The YSCL is a star cricket league in India that allows cricket fanatics to pursue their passion to a greater extent. Players in this league will have the opportunity to play at the state and national levels, but they must first complete a one-day trial, including facilities such as refreshments and lunch, and coaches from the BCCI level who would be present during the trial. If a player is unable to bring his or her kit for any reason, a kit will be offered to the participant, but just for the purpose of a trial.

The YSCL also took into consideration that the players’ memories should be preserved; therefore, recording and photography were used during the trial. The trial’s outcome is announced within a week. If a person qualified for a trial, he is given the opportunity to participate at the state level, and players are required to register at the state level. At the state level, even more, benefits are available. Around 4 to 5 matches were played in the concerned state, and the YSCL makes players’ ambitions come true by providing professional attire and the opportunity to play on a professional field with experienced players.

State-level umpires are in place to ensure that the game is played fairly and that no participants are maltreated. Every match includes refreshments and cricket equipment for the players. If a person performs well at the state level, he is eligible to play at the national level, and there is no need to register for that. After that, similar to the IPL, an auction will take place in the YSCL, with the amount of the auction paid by the team owner after bidding will be paid to the concerned player, and with that team, the National League will take place in Delhi or Mumbai.
In the National League, 3 to 5 matches will be played, and YSCL provided all professional facilities at the time. For example, accommodation and meals. More emphasis is placed on the live broadcasting of matches so that family members, relatives, and friends can see the athlete in action. At the national level, all matches are live-streamed on the YSCL’s YouTube site, while the YSCL final is shown live on television.

If a player performs well at the national level and is ranked among the Top 16 players in the YSCL, the player’s golden days start, which is characterized by the player’s persistent hard work and achievement after playing against thousands of players. As a result of this achievement, YSCL will sponsor the player for three years, during which time he will receive advanced training. Throughout this, YSCL covers the entire cost. The player is also entitled to an international cricket tour with the YSCL if he or she is among the top 16 players, and all of these efforts are made to help a player become a professional.

Please contact us at 8882054321 if you have any queries. All of your questions will be addressed and resolved. 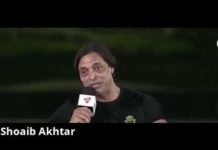 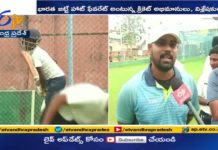 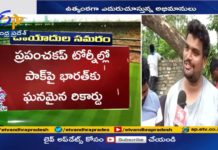 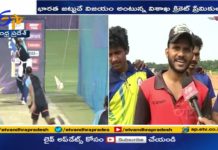 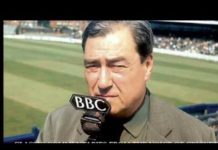 John Arlott: The Voice of Cricket

#INDvsAUS : Bharat Arun in an exclusive interview with Boria Majumdar...