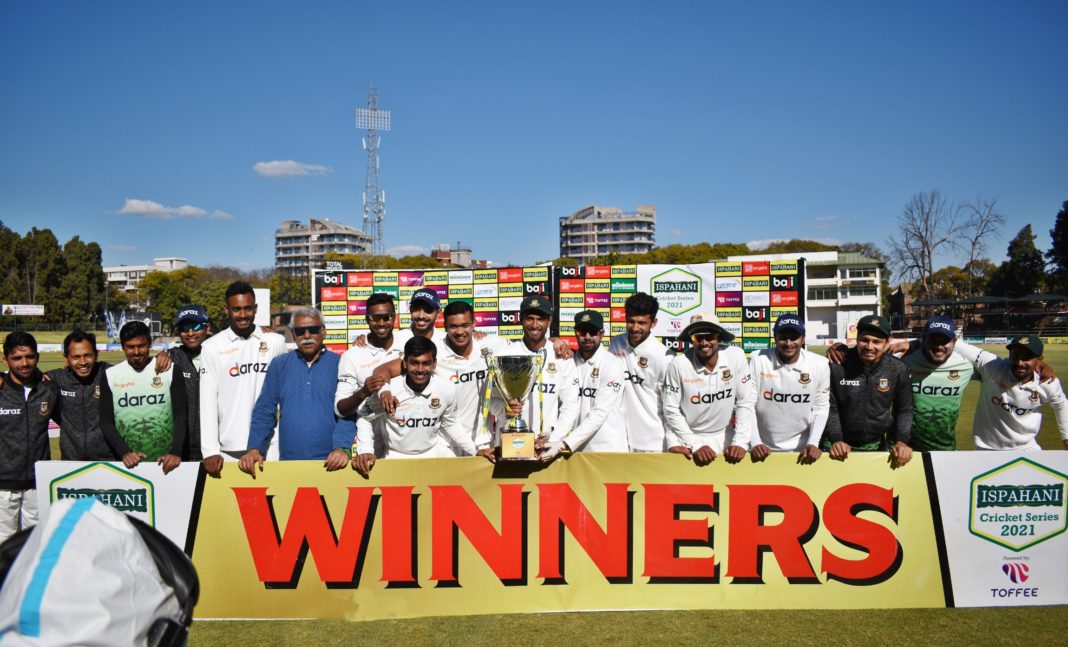 ”I think winning this Test match would inspire everyone for the next edition of the ICC Test Championship, as this win will help us in building confidence,” Mominul said. ”I hope everyone in our team will understand their playing role and improve the process we would like to maintain… that we failed to do so on different occasions.”

During the course of the Harare Test, the visitors were in trouble in the first essay at 132 for 6 before Mahmudullah resurrected the innings, with Liton Das and Taskin Ahmed giving him good company. In the second dig, Shadman Islam and Najmul Hossain Shanto compiled hundreds to put Bangladesh in command. Mominul praised Shadman for making his presence felt despite not having played a Test since February this year. Shadman was also troubled by a wrist injury, alongside being laid low by Covid-19.

‘No one in Manchester is tough,’ Yuvraj & Pietersen banter over...