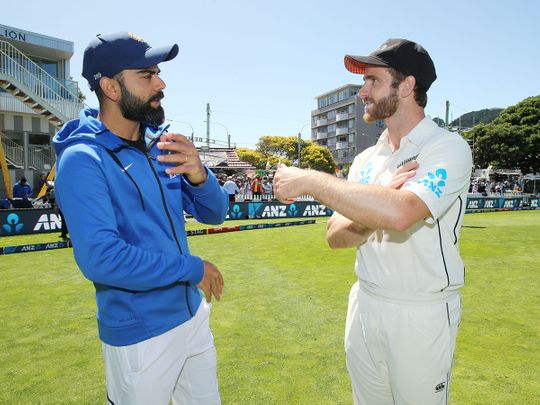 The mutual respect between rival captains Virat Kohli and Kane Williamson may be a known fact in cricketing circles, but both will keep it for another day when India and New Zealand step into Ageas Bowl for the first-ever World Test Championship final on Friday.

It took a ‘‘long time coming,’’ in the words of Williamson, but both admitted that the teams were excited to play the match which has given a whole new context to the oldest format of cricket for the past two years. ‘‘It’s a huge Test match for us and we are very excited as a team,’’ an intense Kohli said at a virtual press conference.

‘‘We have played each other quite a few times in recent years and keep in touch. However, such bonding happens away from the field but we cross the line and go in, we are professionals trying to do our job,’’ Kohli said in reference to his camaraderie with Williamson.

‘Never thought of this in my dreams’ – Chahar

Ind vs Sa : Rohit hits century on debut as test...