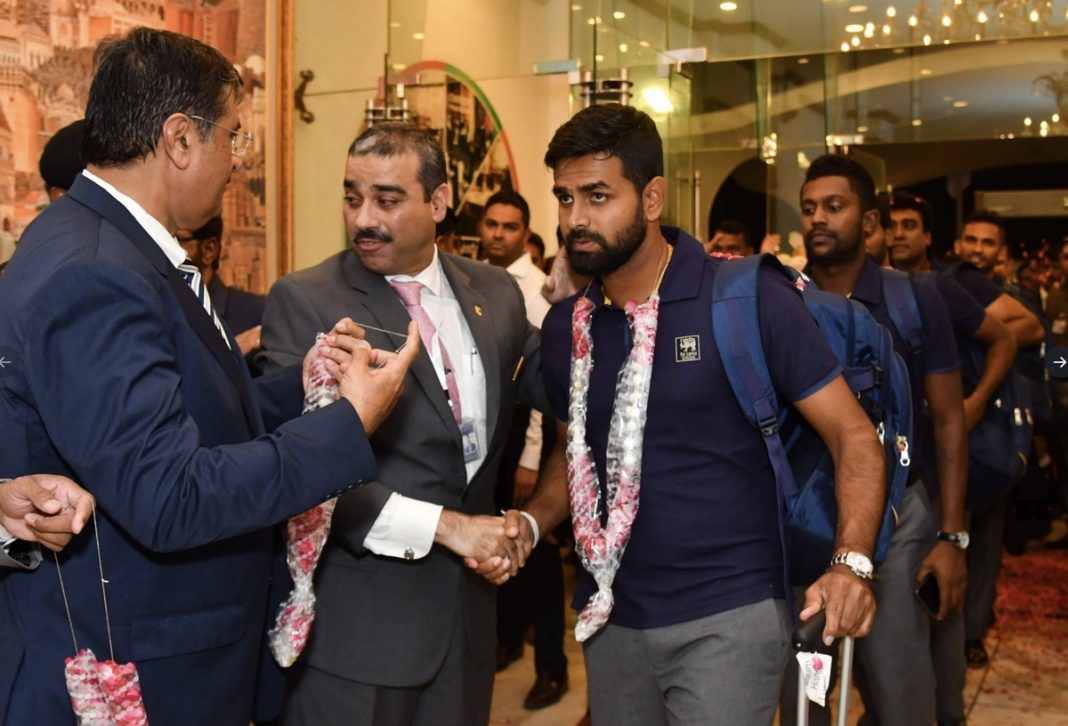 Sri Lanka’s cricket team arrived in Pakistan on Tuesday for their limited-overs series, with the Pakistani government promising to give it the same level of security as a head of state.

The team arrived in the southern port city of Karachi, which will host three one-day internationals on Sept. 27, 29 and Oct. 2. Those will be followed by three Twenty20s in Lahore the city where the Sri Lanka team bus was attacked by terrorists in 2009.

Major teams have avoided Pakistan since that ambush, which killed eight people and injured several players.

The current tour also looked in doubt after the Sri Lankan cricket board said it had been warned by its government about a possible security threat. But the tour finally got the go-ahead from the SLC after Pakistan’s government promised that the army would coordinate the security over the two-week-long visit.

However, 10 of Sri Lanka’s top players including ODI captain Dimuth Karunaratne and Twenty20 skipper Lasith Malinga have opted out of the tour due to security concerns.

Over the past four years, Pakistan has successfully hosted Zimbabwe, the West Indies, Sri Lanka, and a World XI for limited-overs matches amid intense security as it tries to win back the confidence of foreign teams to restart fully-fledged international cricket at home.

This Sri Lanka tour will be the first time since 2009 that a foreign team stays in Pakistan for two weeks.