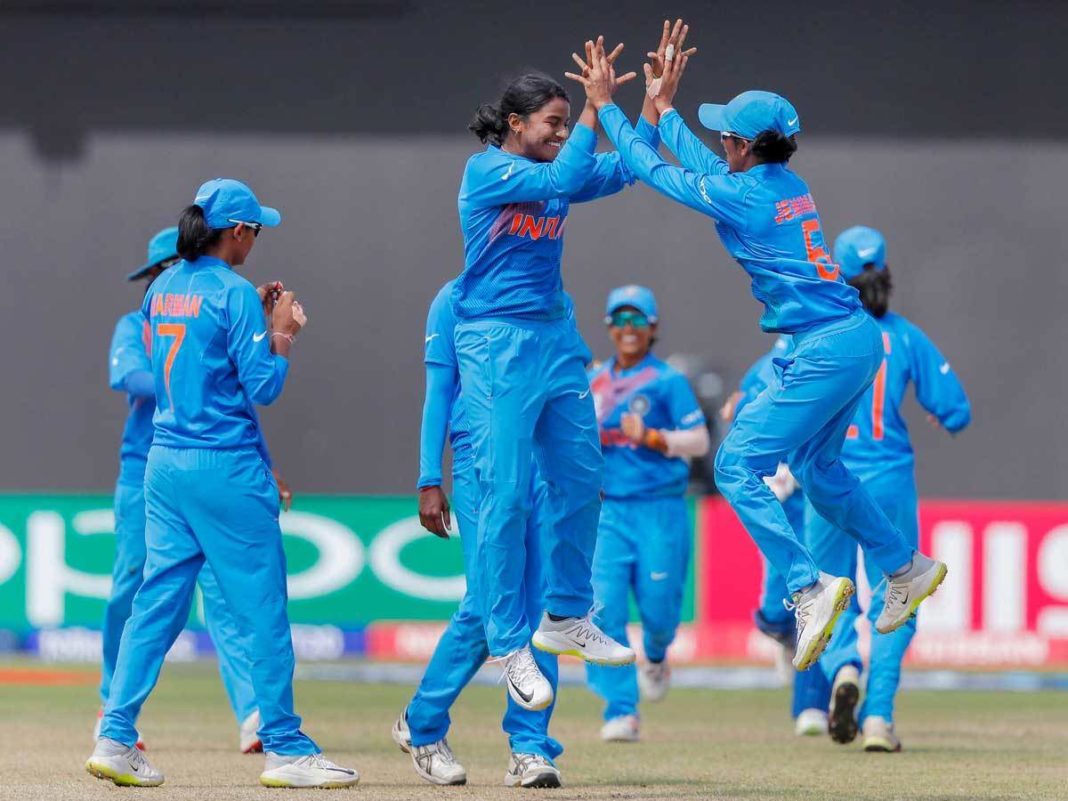 The Indian women’s team maximized their chances to qualify for the finals of the ongoing Women’s T20I Tri-Series in Australia by beating the hosts in a record run chase.

After successive defeats against the Aussies and the English women’s team, the Indian brigade appeared deflated with the loss on Friday. However, Harmanpreet Kaur’s side displayed immense character on Saturday to remain in contention for a place in the finals of the tri-series.

It was the openers who powered the Indian team to chase down the challenging total of 173 set by Australia. Smriti Mandhana and Shafali Verma put up 85 runs in 8.2 overs to ease the run chase upfront.

Shafali’s lightning 49 came off just 28 runs at a mammoth strike rate of 175, helped by eight boundaries and a maximum. Mandhana shepherded the run chase with her crucial knock of 55, scoring seven boundaries in the process.

Under-fire Jemimah Rodrigues ensured that the run rate did not dip, with her cameo of 30, at a strike of 157. The finishing role was done by captain Kaur and Deepti Sharma, who took the team across the finishing line in their highest run chase in T20Is.

Earlier, Ashleigh Gardner anchored the Australian innings with her valuable effort of 93, which came at a strike rate of 163. Gardner smashed eleven boundaries and three maximums in the process. The number three batter was well supported by captain Meg Lanning (37 off 22), who forged a valuable partnership for the third wicket.

Apart from hitting the winning runs with a boundary, Deepti Sharma also put on the brakes in the Aussie proceedings with her economical spell of 27 and two crucial dismissals.

Ind vs Sa : India will look to maintain lead in...