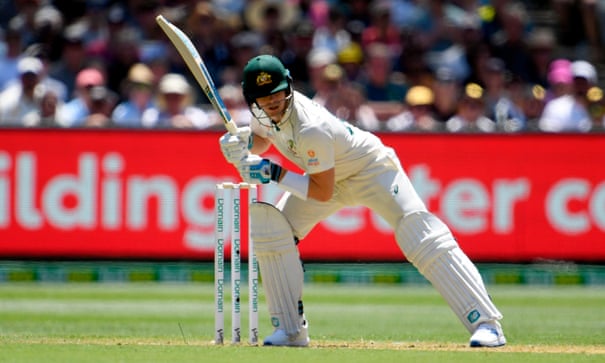 Australian star batsman Steve Smith stormed off the Melbourne Cricket Ground (MCG) after a heated discussion with on-field umpire Nigel Llong during the first session of the Boxing Day Test against New Zealand﻿.

Smith was visibly furious after Llong twice robbed the former Aussie skipper of runs when he made controversial rulings about Smith’s defensive strategy against the Black Caps pacer Neil Wagner.

Bowling around the wicket, Wagner hit Smith twice with short balls aimed at the body, which the batsman didn’t offer a shot to. On both occasions, Smith attempted to take a single only for umpire Nigel Llong to call a dead ball and send him back to the striker’s end to face the next ball.

While the first call didn’t raise eyebrows – it only hit him on the thigh pad – the second led to a heated debate between Smith and Llong.

Wagner bowled a short delivery and hit Smith under the ribs. While Smith didn’t offer a shot, he did attempt to take evasive action and was therefore entitled to run and get off strike.

‘If he repeats mistakes, there will be a rap on the...