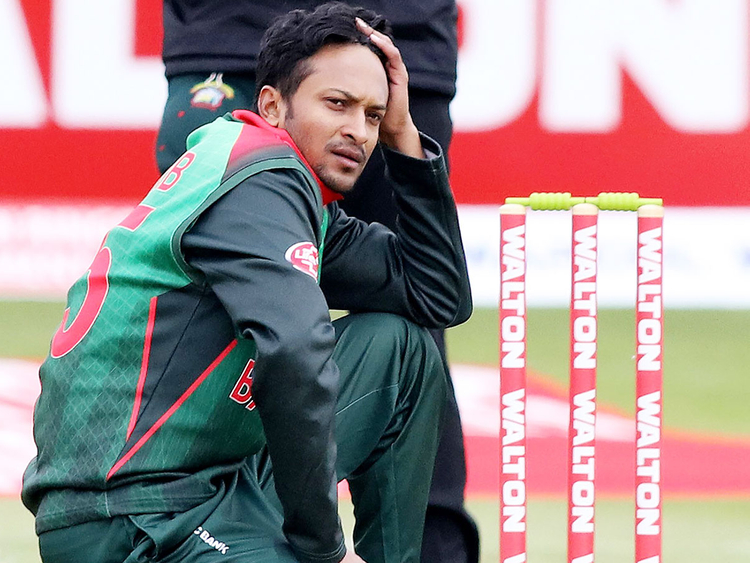 Bangladesh could likely miss the services of skipper Shakib Al Hasan for the upcoming T20I and Test tour of India, scheduled to start on November 3 with the first T20I in Delhi. After leading the players’ strike last week, the ace all-rounder has attended only one net session during the four-day preparation camp that included two warm-up T20 matches.

Cricbuzz understands that Shakib’s unavailability would prompt BCB to announce a fresh T20I squad on Tuesday (October 29), a day before travelling to India. The all-rounder is the current captain of both the Test and T20I set-ups. ”We will announce the T20 team tomorrow [October 29] at noon. We need some more time to announce our Test team. We will announce it two to three days later,” Akram Khan, BCB’s cricket operations chairman, said.

The selectors were also seen in lengthy discussions with the national head coach Russell Domingo during their final practice game at the Sher-e-Bangla National Stadium. Incidentally, board president Nazmul Hasan called some senior members of the set-up to discuss strategies ahead of the challenging tour to India, but Shakib wasn’t part of the meeting.

In addition to it, the board has also observed Shakib’s recent sponsorship deal with a telecom company is “unlawful” as it violates the terms and conditions of his contract. Subsequently, BCB issued a show-cause notice to the national captain.

Last week, Bangladesh’s national players had called a press conference in Dhaka and announced that they will not take part in any cricketing activities unless their 11-point demand made to the board was met. Eventually, on Wednesday (October 23), the feud between BCB and the cricketers was resolved after the board agreed to most of the demands put forward by the cricketers.

Ind vs Sa : India will look to maintain lead in...