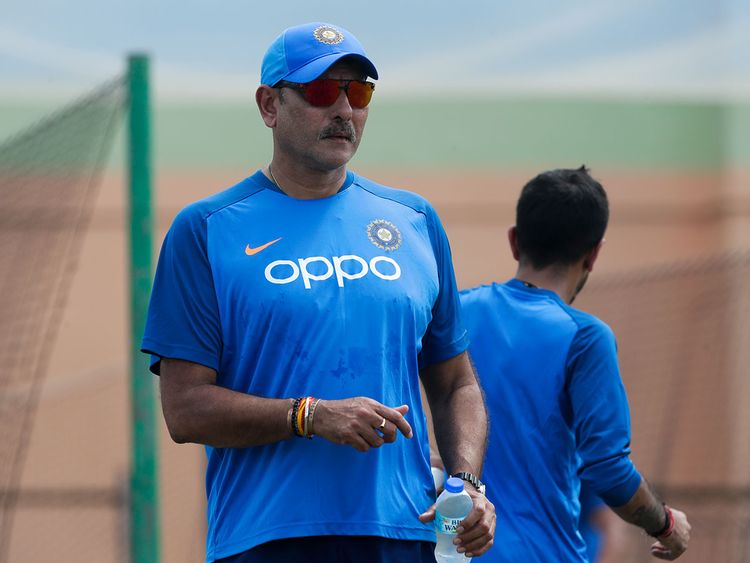 Dubai: Ravi Shastri, Indian team’s head coach, says his fresh two-year term will be spent in a transitional phase of the team with an eye to build a bench strength. His new term, which will go on till the 2021 T20 World Cup, has started off with an emphatic series win in all formats in the West Indies.

In an exclusive interview to Gulf News, his first after the series win against the West Indies from the transit lounge of the Dubai International Airport, Shastri spoke about his vision at length, especially his plans to keep India at the top among the cricketing nations. “The vision is to keep the consistency level going. It will be a team in transition and one has to keep an eye out for the youth and also keep an eye on developing the bench strength as far as batting and bowling goes across all three formats. We should, at the same time, be never losing sight of the fact that you play to win. Never losing that angle but yet at the same time, investing in youth,” said Shastri,

The former Indian captain-turned-coach that the new investments can sometimes produce setbacks but one has to ride over it to reach the top. “You might get the odd game or the odd series in which you might lose in the quest of investing but that is what you have to do to earn success. If you have to build a good side and keep it in good space for another five years to go, you need to do it.”

The next item on Shastri’s agenda is the task of shaping the team for the South Africa series. “We are playing at home (against South Africa) and it is the World Test Championship – so now there is even more reason on why you have to play the way you should. There are now points to be accumulated. We are the No.1 team in the world and we have been for the last three years, so there is pride at stake as well.

“So we want to keep that consistency going and ensuring that we are placed nicely in the table for when the time comes from them to decide who plays in the final.”

When asked about the path to be followed, Shastri said: “The path should be that knowing well you have got 12 months to go for the T20 World Cup and you have about 18-20 months to go for the World Test Championship. Getting youth in during that transition period by keeping an eye on the youth is important so that they can mix with the experience and give us a really solid side.”

Shastri felt that the performance in the West Indies was the right start. “To beat the West Indies in West Indies across all three formats, especially the limited over formats and Test matches, I think this must be unprecedented. A team going to the Caribbean and not losing a single game, I don’t think it has happened in the past and it will not happen that easily in the near future.”

Virat Kohli talks up Rahul’s versatility ahead of Auckland opener