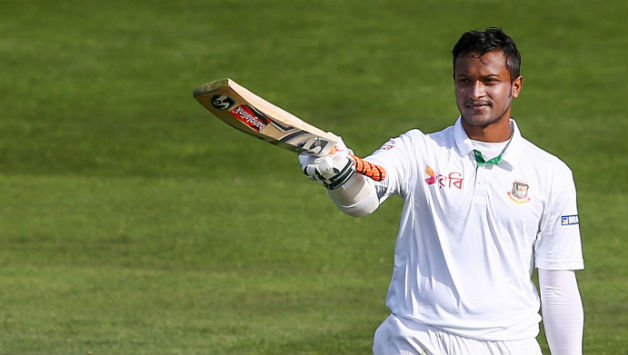 Dhaka: Bangladesh Cricket Board president Nazmul Hasan said on Wednesday (September 11) that skipper Shakib Al Hasan is yet to discuss with the board in relation to his unwillingness to lead the Test side.

The all-rounder had told a Bengali Daily, “Mentally I am not prepared for it (leadership role). But I understand that to get the team into a good shape, it would be better if I am around and performing well.”

After Bangladesh slipped to an embarrassing 224-run loss against Test cricket’s new entrants, Afghanistan, he had made a similar statement during the post-match press conference, which in turn had again raised question marks about his future as the captain of the Test side.

”Even yesterday I had a meeting at home with some of the senior cricketers that included Shakib, and he did not speak anything formally with me regarding captaincy,” Nazmul said.

“It is a fact that he is quite reluctant to play Test cricket, and you must have noticed when our team was travelling abroad, he had asked for a break during the Test series. So, naturally he must have little interest to play Test cricket. But never heard anything that suggests he is not interested to lead the side. However, when you are the captain, you will have to play. While this may not be the case if you are not leading the side. So, probably for this reason, talks regarding his captaincy came up,” he added.

Nazmul also observed that Shakib has been a great servant of Bangladesh cricket, and the matter would be discussed at an appropriate time. “We must admit he has given great service to Bangladesh cricket. We feel he is the best from the options that we have [to captain the Test side].

“Right now, we are in the middle of a series and I don’t think it is the right time to talk about it, but if the topic had been raised, I would have naturally spoken with him. When he talks with us [about captaincy], we would talk with him formally. Our boys are very emotional and we have to talk when everything is cooled down,” he noted.