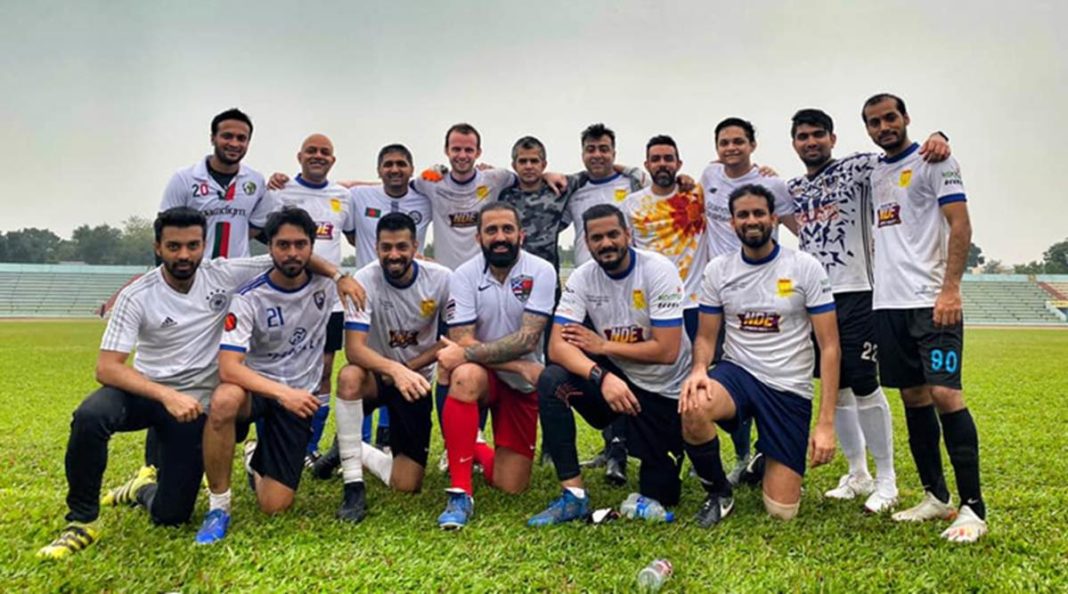 Shakib Al Hasan, who was recently banned by the International Cricket Council (ICC) for failing to report corrupt approaches made to him, turned to football during his time away from the cricket field. Shakib the top-ranked One-Day International (ODI) all-rounder, represented a football team by the name of Footy Hags for a match against the Korean Expat Team at the Bangladesh Army Stadium in Dhaka. “We played 11 a side on a full size pitch at the Army Stadium against the Korean Expat team today. We won 3-2. Good to have Shakib Al Hasan back in the Footy Hags Team,” Footy Hags said on their Facebook post.

Shakib was banned by the ICC for two years (one year suspended) for not reporting corrupt approaches from an alleged Indian bookie.

Shakib is likely to miss the World Twenty20 in Australia too because his ban will not be over before the flagship event begins in Australia next year.

In the absence of Shakib, Mahmudullah is leading Bangladesh in the ongoing Twenty20 International (T20I) series against India while Mominul Haque has been tasked to lead the Test side.Tafter India won the Rajkot clash. The decider will be played at the Vidarbha Cricket Association Stadium in Nagpur on Sunday.

The Test series will run from November 14 to 26 with Holkar Cricket Stadium in Indore and the Eden Gardens hosting the first and second matches respectively.

The Eden Gardens Test will also mark India’s first Day-Night Test. The historic match will get underway from November 22.