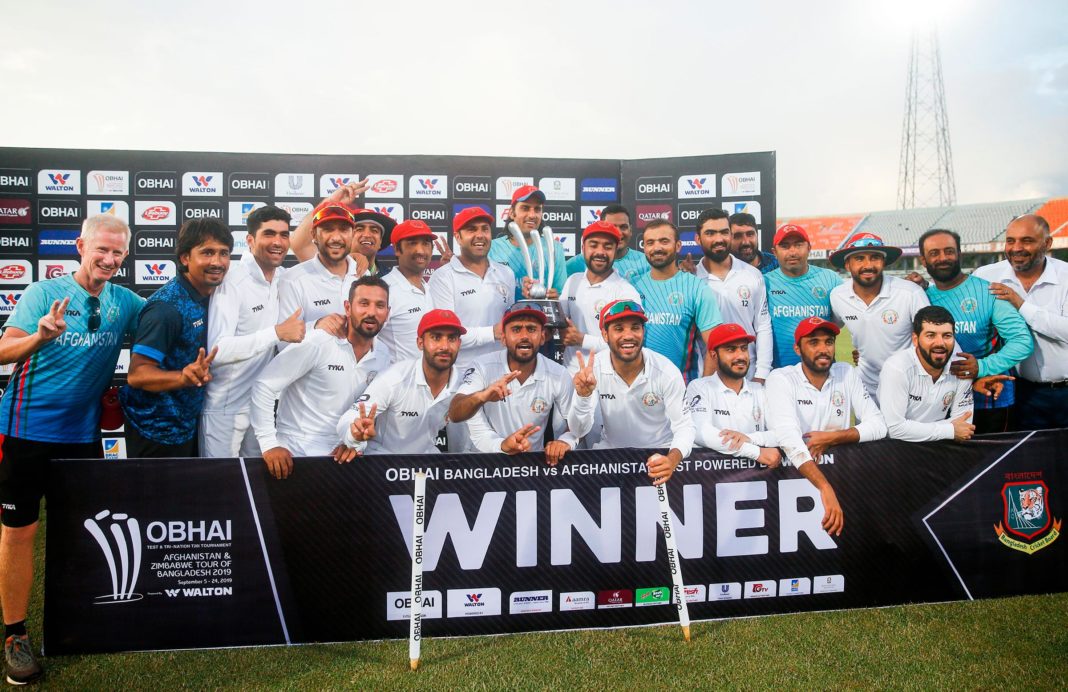 Rashid Khan-led Afghanistan on Monday stunned Bangladesh by 224 runs in the one-off Test at Chattogram to register their second win in Test cricket.

Afghanistan only gained Test status last year and had played just two Tests before this – losing to India in their maiden match and beat Ireland in its only other Tests.

Captain Rashid Khan led from the front for Afghanistan and bowled them to victory on the final day of the rain-affected match, which saw only 17.2 overs being bowled on Day 5 in which the visitors managed to grab the remaining four wickets to trigger joyous celebrations on the field.

The first session was completely wiped out by rain which and just 13 balls were possible after lunch as the rain returned to play spoilsport which meant that Afghanistan had only 18.3 overs to push for victory in the final session. Bangladesh were bowled out for 173 in 61.4 overs, while chasing an improbably target of 398 runs.

Cameron Bancroft aware of his role as concussion standby in the...