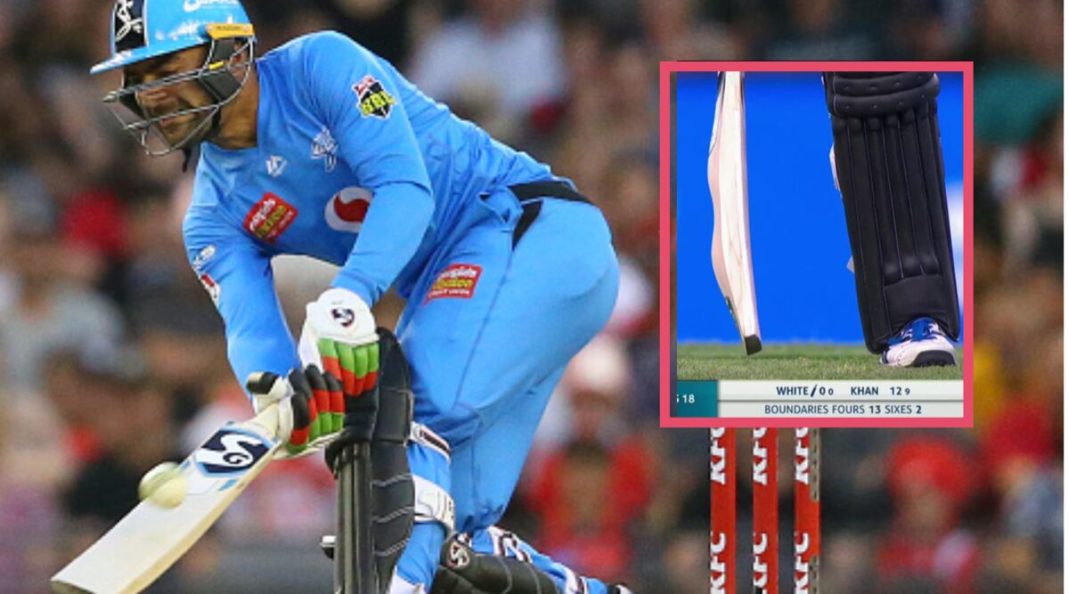 Rashid Khan introduced a new bat design during a Big Bash League (BBL) match between Adelaide Strikers and Melbourne Renegades in Melbourne on Sunday. Flaunting the new bat with a depression on its back, which cricket.com.au termed as “The Camel” Rashid Khan, smashed 25 runs off 16 balls, including two boundaries and as many sixes. The bowling all-rounder helped Adelaide Strikers beat Melbourne Renegades by 18 runs. “They call it ‘The Camel’. Thoughts on @rashidkhan_19’s new style of bat? #BBL09,” cricket.com.au captioned the picture of the “camel” bat on Twitter.

Indian Premier League (IPL) franchise SunRisers Hyderabad came up with a reply on cricket.com.au’s tweet, asking Rashid Khan to “carry it along for IPL 2020”.

Earlier in the match, a hilarious incident happened in the 17th over of the Renegades’ run chase.

Rashid Khan bowled a googly that hit Beau Webster on the pads and the Strikers appealed for an LBW.

The on-field umpire Greg Davidson started to raise his finger but changed his mind midway and started scratching his nose.

Rashid Khan started to celebrate the wicket along with his teammates but Davidson soon confirmed that the batsman is not out.

Big Bash League’s official Twitter handle posted a video of the incident. “Greg Davidson with a bit of an itchy schnoz at Marvel Stadium #nosegate #BBL09,” the caption of the video read.