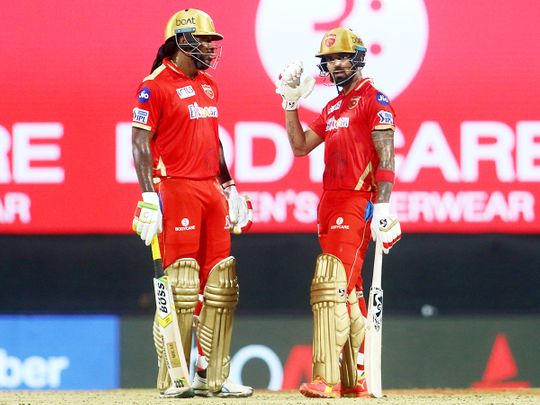 Punjab Kings, who infused a new lease of life to their campaign with an upset 34-run win over title-contenders Royal Challengers Bangalore on Friday, will be looking to surprise the high-flying Delhi Capitals as well in the second game of the day in IPL on Sunday.

It’s double header time again in the IPL – with the so-called North Indian derby scheduled in Ahmedabad – while the afternoon game pits cellar teams Rajasthan Royals and Sunrisers Hyderabad at New Delhi. Time is now running out fast for both the seventh placed Royals, with four points from six games and the wooden spooners Sunrisers (two points from an equal number of games) should they want to create any form of impact in the 2021 edition.

Despite the unexpected win against Virat Kohli’s RCB, Punjab Kings will find the odds stacked against them as their batting revolves too much around their talismanic captain KK. Rahul and ‘Universe Boss’ Chris Gayle. The day both fire, like on Friday when they put on a hurricane 80-run partnership, the red shirts look capable of putting up a competitive total but the middle order had been absolutely shambolic so far.

Nicholas Pooran, their highly rated West Indian international, had been having a nightmarish tournament with four ducks to show for while Deepak Hooda had failed to click after just one half-century. It’s really unfathomable as to why the team management is yet to give a game to Dawid Malan, the England batsman who is ranked world No.1 in ICC T20 rankings and has shown the maturity to anchor the innings while on England duty.