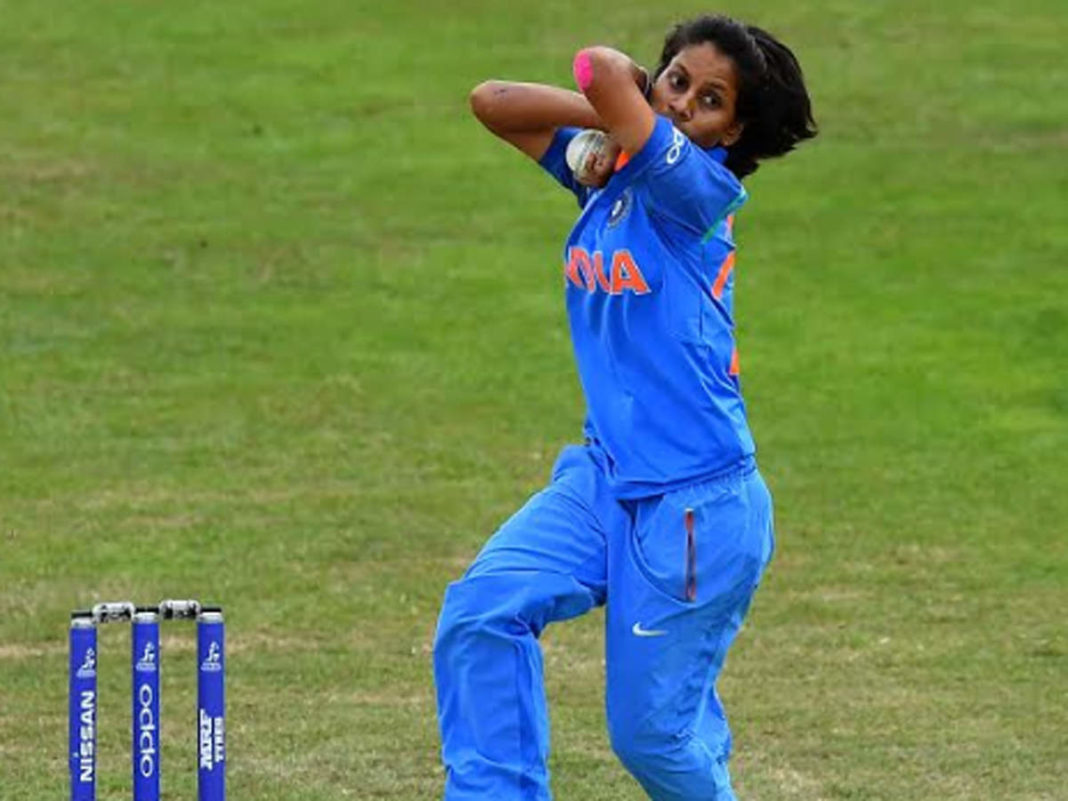 Indian women’s cricket team star bowler Poonam Yadav had a tremendous T20 World Cup, which recently took place in Australia. She went on to grab 10 scalps and finished at second place in the leading wicket-takers list. Her incredible show helped ‘Women in Blue’ to reach their maiden T20 WC final.

A few hours back, Poonam ran a ‘Q/A’ session with her fans on Twitter, where she interacted with her followers and also responded to their queries.

A fan asked the leg-spinner who she thinks has the ability to hit a double century in women’s cricket.

#AskPY @poonam_yadav24 whom do u think can hit a double ton in ODI from women in blue?61:24 PM – Mar 22, 2020Twitter Ads info and privacySee Ravi’s other Tweets

Poonam answered the question by taking the name of her team-mate and India opener Smriti Mandhana.

“I think @mandhana_smriti What do you think? #AskPY” tweeted Poonam.

Smriti has accumulated 2025 runs so far in her ODI career. She also has four hundreds and 17 half-centuries to her name.

In another query, a fan asked Poonam to rate the toughest batter she faced in her career.