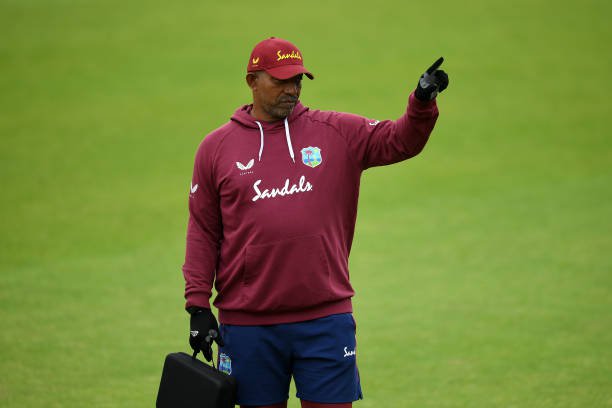 West Indies head coach Phil Simmons hopes to start finding the ideal combinations and the possible make up of the national squad for the T20 World Cup, to be held in India in October-November this year. West Indies kick-off their full home series against Sri Lanka – involving two Tests, three ODIs and three T20Is – with the shortest format on March 3.

Simmons is hopeful of zeroing in on the 15 or 16 players that West Indies can take to India for the showpiece event, by the time they face Australia in T20Is in July.

“We need to start seeing how the make-up of our team goes,” Simmons said. “We need to make sure people are able to do the job that we want them to do, whether it is at the top of the batting order, the middle, or the end. And it is the same with bowling. We’ve got to identify as soon as possible who’s going to bowl our new ball and who’s going to bowl at the death and so it starts from now.

“When it comes to July or maybe the beginning of August, maybe the Pakistan series, we (want to) know exactly what the combinations are that we need to take to the World Cup because we have a fair idea of how the Indian grounds are what we are taking there. By the time we are playing Australia in some T20s in July, we must know who is our final 15 or 16 to go to the World Cup.”

West Indies go into the three-match T20I series with the experience of Chris Gayle in tow. The 41-year-old has been drafted into the national side on the basis of returns in the second half of IPL 2020, as he scored 288 runs in 7 games at an average of 41.14 and a strike rate of 137.14. He also made a flying start to his CPL 2021 campaign, scoring 39 (24) and 68 (40) before being summoned for national duty. At the other end of the line-up, Fidel Edwards has been roped in, despite his last T20I appearance coming way back in 2012.