Josh Inglis’s 46-ball 73 and Jhye Richardson’s four-wicket haul powered Perth Scorchers to a comfortable 77-run victory against Hobart Hurricanes in the Big Bash League in Hobart. Hurricanes could muster only 98 in pursuit of 176.

Scorchers, who were inserted into bat, lost a couple of early wickets. However, Inglis and Mitchell Marsh stitched a stand of 109 for the third wicket to prop up the innings. Inglis cracked four boundaries and four sixes in his innings. Eventually, Thomas Rogers, the pacer, dismissed Marsh while Inglis fell to Qais Ahmed, but by then the pair had laid the solid platform. Cameron Bancroft and Cameron Green added useful runs down the order to push the side to a competitive total.

Richardson then backed up the efforts of the batsmen by ripping through Hurricanes’ batting order as they slid to 5 for 2. Caleb Jewell (28) and George Bailey tried to resurrect the innings but the duo had too much to do. For Scorchers, Richardson along with Fawad Ahmed and Liam Livingstone ran through the lower order to provide the finishing touches. Richardson finished with impressive returns of 4 for 19, while Livingstone and Ahmed took two scalps each. 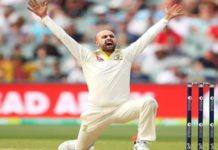 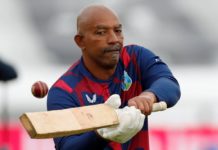 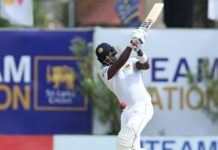