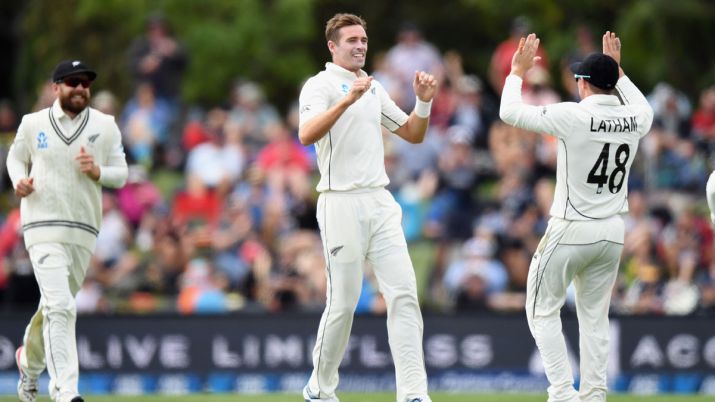 New Zealand reached 63-0 at stumps on Day 1 of the second Test against India at Hagley Oval in Christchurch on Saturday. Openers Tom Latham and Tom Blundell managed to survive the last session and remained unbeaten for 27 and 29, respectively. Indian bowling unit missed Ishant Sharma a lot who injured his ankle ahead of the second contest.

Earlier, Kiwi speedster Kyle Jamieson ripped apart the Indian batting and claimed his career’s maiden five-wicket haul. Just like the first Test, the visitors failed to perform up to the mark. New opener Prithvi Shaw (54) did impress with his counter-attack strategy and became the second-youngest Indian batsman to smash a half-century in New Zealand.

Virat Kohli continued his poor show and yet again got out cheaply. Kohli was trapped plumb in front as Tim Southee got him at 3. Surprisingly, the 31-year-old went for a DRS, and no wonder his decision to take a review was criticized heavily on social media.

Vice-captain Ajinkya Rahane too fell to a poor stroke, and all of a sudden, India had gone from 80 for 2 to 113 for 4 and were in danger of a collapse. However, Cheteshwar Pujara (54) and Hanuma Vihari (55) took the side out of trouble and stitched a crucial 81-run stand.

The batting is out of order for Rajasthan Royals