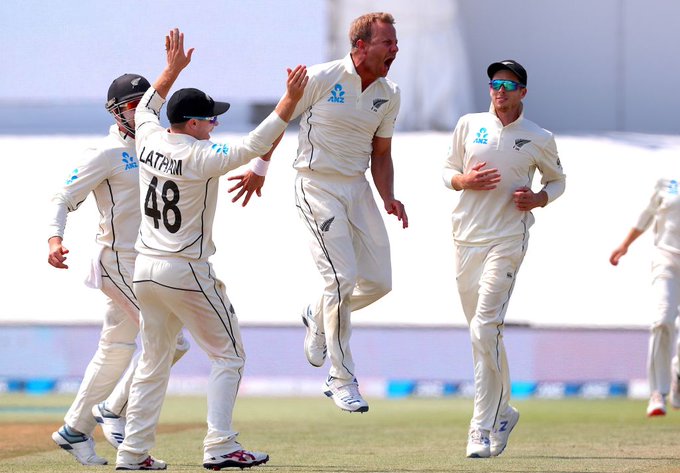 England were bowled out for 197 in the second innings on Monday, 25 November, as Wagner picked up his seventh five-wicket haul in Tests, dismissing Jofra Archer and Stuart Broad in back-to-back deliveries.

With only two wickets in hand, the visitors fought hard in the final session to delay the inevitable as Archer (30) along with Sam Curran (29*) put on a half-century partnership for the ninth wicket. However, reintroduced into the attack, Wagner broke the 59-run stand by bowling short to Archer, who top-edged the pull to fine leg. He then trapped Broad plumb in front to complete the formalities.