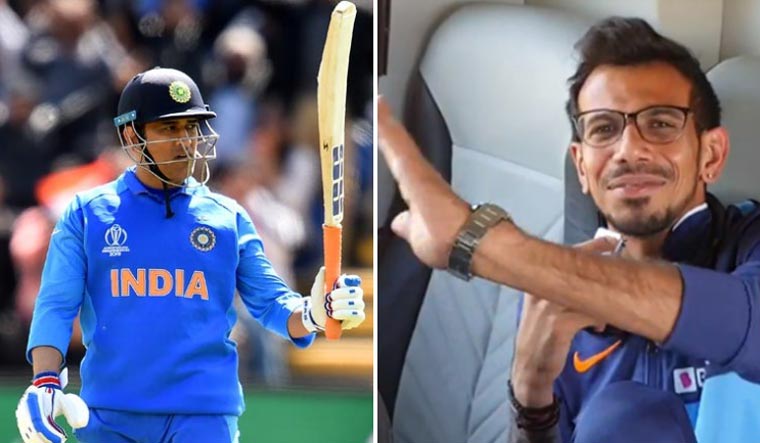 MS Dhoni has been on a sabbatical from cricket since Team India’s semifinal loss in the 2019 World Cup. There have been speculations on his retirement, which were fuelled by head coach Ravi Shastri’s remarks on Dhoni, and his dropping from BCCI’s central contract list. Even the former chairman of selectors, MSK Prasad had said that they have ‘moved on’ from Dhoni. But it seems that just like his die-hard fans, the Men in Blue are yet to move on from the former skipper.

In a ‘Chahal TV’ video posted by BCCI on their official website, the host of the show, leg-spinner Yuzvendra Chahal, was seen talking about how much the team misses Dhoni.

Shot inside the team bus on the way from Auckland to Hamilton, the video shows Chahal sitting beside the empty corner seat at the back of the bus, and saying, “Yeh woh seat hai jaha ek legend baithte they. Mahi bhai (MS Dhoni). Abhi bhi yaha koi nahi baithta. Hum unhe bohot miss karte hai (A legend used to sit here. MS Dhoni. No one sits here now. We miss him a lot).”