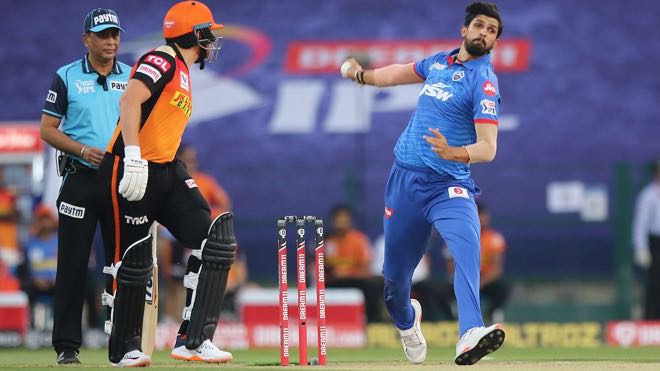 Delhi Capitals fast bowler Ishant Sharma has been ruled out of the ongoing Indian Premier League season, the franchise confirmed on Monday (October 12). Ishant initially experienced pain on his rib cage and it’s been revealed that he has sustained a muscle tear.

“Ishant Sharma experienced an acute episode of left rib cage pain while bowling at a team training session on 7 October 2020 in Dubai,” the franchise said in a statement. “Subsequent investigations revealed that he sustained a left internal oblique muscle tear. ”

Despite being a vital cog in that bowling line-up, featuring 13 times last season, the injury forced Ishant to play just a solitary game this season, in which he went wicketless against Sunrisers Hyderabad.