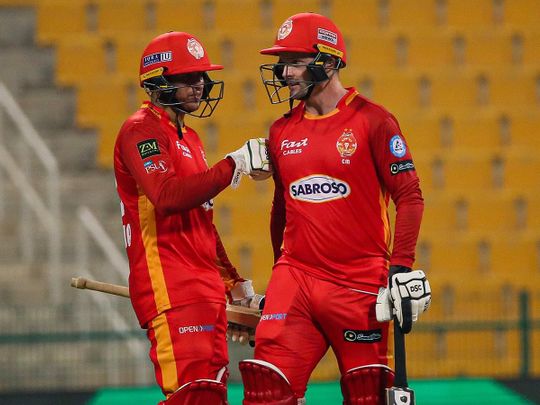 New Zealand opener Colin Munro has been rated as a dangerous customer in white ball cricket, and he showed why on Friday night in their Pakistan Super League game against Quetta Gladiators in Abu Dhabi. An unbeaten 90 off 36 deliveries by Munro, ably supported by Islamabad-born Australian Usman Khawaja’s unbeaten 41, saw them cruise to the fastest century partnership of the league as they swept Quetta Gladiators by 10 wickets.

Chasing a target of 134 on a slow surface, the two experienced openers were in no trouble at all as Munro hit 12 fours and five sixes as they reached 137 without loss in just 10 overs.

Munro tore the Quetta bowling apart by hitting Andre Russell’s concussion substitute, Naseem Shah, for four boundaries in the first over. Russell didn’t take the field as a precaution after being struck on the helmet by fast bowler Musa Khan while batting.

Quetta bowlers kept pitching it in his arc and the 34-year-old Munro kept smashing as Islamabad raced to 97 without loss in just six overs. It was the fourth highest score in the powerplay in the four top franchise leagues in the world. Munro notched up his half-century soon but he did not relent and Khawaja played his part at the other end.

Quetta spinners Zahid Mahmood and Mohammad Nawaz also were flayed by Munro. He smacked 54 runs off four overs and finished the game with a reverse swept six off Nawaz.

Russell smashed Musa for two successive sixes but was struck on the helmet off the next delivery, then was caught at short third man in an eventful 14th over for only 13. Jake Weatherald topscored for them with 43. 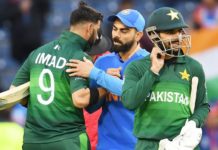 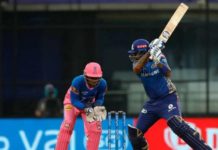