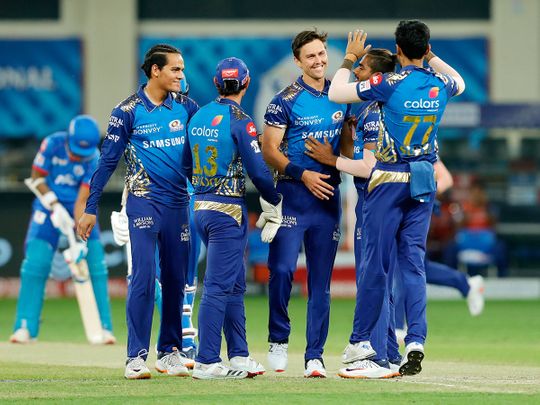 Mumbai Indians might have gone down narrowly in their 2021 Indian Premier League campaign opener against Royal Challengers Bangalore, but that is hardly a cause of concern for their Director of Cricket.

Zaheer Khan’s engaging smile at the virtual press conference showed he and the MI thinktank are unperturbed after that two-wicket defeat by Royal Challengers Bangalore off the last ball of their innings. Missing a few mainstays in both departments, MI scored a rather average 159/9 and only just managed to let go at the death with debutante Marco Jansen, tight throughout, handling the responsibility of bowling the last over, in which RCB needed just seven to win, rather well.

Over the years, Mumbai has sort of made it a tradition to start slow and build momentum going forward, with skipper Rohit Sharma declaring post match: “Winning the championship is important, I guess, not the first game”.

Khan seems to agree. “That little bit of fine-tuning and brushing up of skills is always required, but on the whole I felt it was a good game of cricket and for the first game we were happy with how it went,” the former India quick said.

“As we go along in the tournament and create that momentum, which is often spoken about, there is still a lot of work left to be done with regard to the season. Everyone is keen on putting in those hard yards.

“We all understand how the IPL is as a tournament and the standard of cricket played in the IPL. You have to keep pushing yourself. We try and do the same things and try and continue with our processes and ultimately it’s just about enjoying your cricket.”

With five IPL titles in the bag, including the 2020 honours, MI more than justified the adage that ‘form is temporary, class is permanent’. They have a potent side with Sharma leading the pack and Chris Lynn taking steps to show he can open the batting despite long time MI opener Quinton de Kock’s availability for Tuesday’s second match with Kolkata Knight Riders. Lynn made a case for himself with a 35-ball 49 and it is unlikely he will be sidelined even if De Kock starts. With batting definitely the focus, either Jansen, who hit the ground running on debut or leg-spinner Rahul Chahar, who showed a bit of rust, could be the one sitting out with a steaming KKR piling on a solid 187/6 in their opener against Sunrisers Hyderabad. KKR won that game by 10 runs after restricting SRH to 177/5.