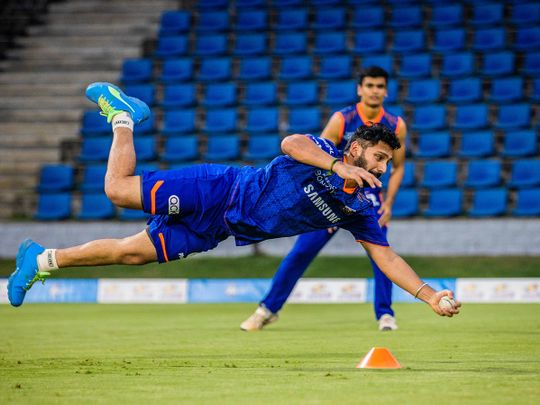 Kolkata: Five-time champions Mumbai Indians and Kolkata Knight Riders got down to business for the Indian Premier League 2021, which will start simultaneously in Mumbai and Chennai from April 9.

While India and England will be playing the final ODI in Pune on Sunday before the players move into respective team bubbles, Zaheer Khan, Director of Cricket Operations of the Mumbai franchises, led some of their Indian players through their paces at their own training facility.

MI had also unveiled its jersey for the upcoming season of IPL on Saturday. Designed by renowned fashion designer duo Shantanu & Nikhil, the jersey captures the composition of the five basic elements of the Universe – Earth, Water, Fire, Air and Sky, each signifying the essence of the five-time champions.

BCCI-Vivo deal yet to be finalised for IPL 2021

Match timings in focus ahead of Indian Premier League