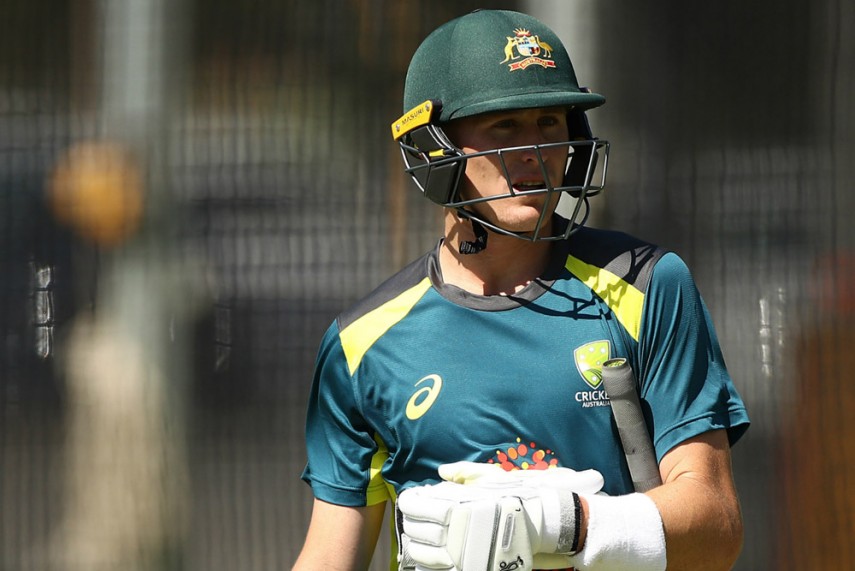 The Steve Smith – Marnus Labuschagne duet sounds just as dulcet in the yellow as it does in the whites. If ever there were apprehensions to how Labuschagne would adapt to the subtle beats of middle-order batting in ODI cricket, he brushed those fears away as coolly as he lofted Kuldeep Yadav over his head off just his sixth delivery. The 25-year-old more than looked his part in a 96-run stand with his idol – Smith – which kept Australia abreast in a steep chase of 341.

Australia eventually fell 36 short of the target, but Labuschagne in his 47-ball knock of 46 provided an early glimpse of the enterprising-but-not-reckless kind of batting Australia have wanted as a follow-up act to David Warner and Aaron Finch. Labuschagne’s ODI call-up, a just reward for a prolific run in red-ball cricket, has come at the expense of the swashbuckling Glenn Maxwell, whose inability to balance attack and defence has been a longstanding problem for Australia.

“I thought Marnus played really well in his first bat in one-day International cricket,” validated Smith after the defeat. “He was really busy, we were going at a reasonable rate, we were going at around six an over there for a while, we were just busy and playing good cricket shots. The way Marnus played in his first game, to have the courage to hit one over mid-off off Kuldeep really early on, that just shows he’s got something about him.

“We know he’s in terrific form, he’s been batting beautifully, but transferring that into one-day cricket now is another thing. I thought he looked exceptionally good tonight. He hit the gaps hard, ran hard between the wickets and played some nice shots. The one over cover off Jadeja was a beautiful shot and he looked right at home,” he added.

Australia were accorded an early glimpse at what their ideal middle-order could look like when they pushed Alex Carey up to No.5. Carey didn’t particularly enjoy the best of nights and was dismissed for a 17-ball 18, but his promotion to five follows a very productive World Cup, where he was left to do most of the mopping job behind Maxwell and Marcus Stoinis. Carey batted at No.4 for South Australia in the domestic One Day Cup to start, averaging 46, and has also taken a middle order role with the Adelaide Strikers to replicate his expected position with Australia in the shortest format.

“No reason why No. 3, 4, 5 can’t stay as is, I think,” said Smith, who himself missed out on a century and a chance to take the chase deep, departing in the same Kuldeep over as Carey.

Doeschate steps down as Essex captain