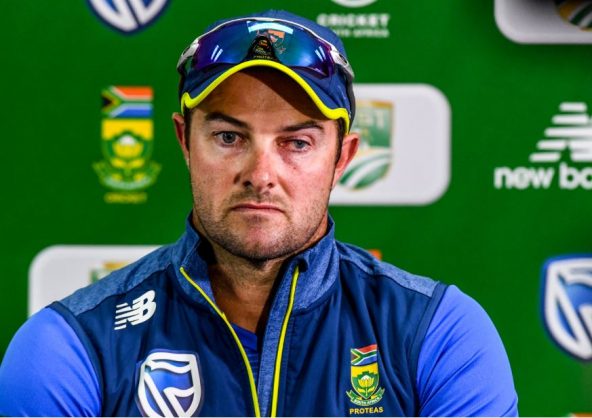 Cricket is no longer the sport Mark Boucher used to play, but as South Africa’s coach he has inherited the challenges of the modern game. And at the top of that list is a problem bursting with talent and skill – but who explodes with poorly directed aggression too often for his own good and for the good of his team.

Kagiso Rabada will miss the series-deciding fourth Test at the Wanderers next week while he serves a ban for his behaviour towards Joe Root. After clean-bowling the England captain with the best ball delivered on the first day of the third Test at St George’s Park on Thursday, Rabada celebrated loudly and passionately within millimetres of the dismissed batter. That earned him a level one conviction for “using language, actions or gestures which disparage or which could provoke an aggressive reaction from a batter upon his or her dismissal during an international match”. He did not contest the charge. His sentence of a fine of 15% of his match fee and one demerit point meant he had piled up four points for – which prompted the one-match ban.

The current version of the code of conduct came into operation in September 2016, more than four years after Boucher had retired. He played 147 Tests as a wicketkeeper-batter between October 1997 and November 2012, and was recognised as one of the most aggressively competitive players in the world game.

“In our day we didn’t have to deal with this stuff because we could say pretty much what we wanted and get away with it,” Boucher said after stumps on Friday. “So it is a learning curve for me with all these new rules and regulations that have come in. I heard about it this morning. I’ve just come into the system and I wasn’t aware of the demerit points; that whole system and how it quite works. So to hear [Rabada is] going to be banned for the next Test is a massive blow to us. He’s a world class performer, especially at the Wanderers, where I think he’d be very effective.”

Australia’s Fraser-McGurk to return from Under-19 World Cup