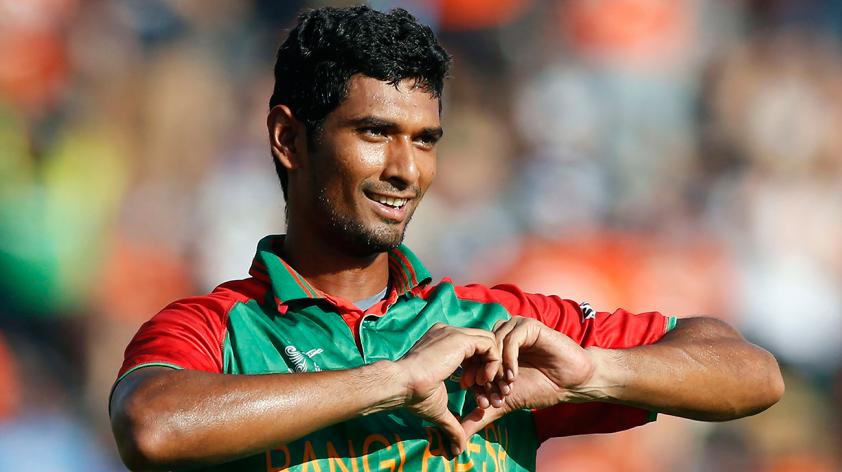 The last time Mahmudullah led Bangladesh in a Twenty20 International, Shakib al Hasan was nursing a finger injury. While Shakib was first ruled out of the Nidahas Trophy, he recovered well to take the captaincy role from Mahmudullah midway through the tri-series. Now with the year-long ban in place, Mahmudullah, for the first time, is looking at a decent run as the leader of the side. And while there are problems aplenty, the all-rounder wore a big smile as he fronted the media on the eve of the first T20I in Delhi.

Russell Domingo had stressed Shakib’s absence leaves the side with balance issues. Mahmudullah, though, seems to have moved on. “You can’t fill the Shakib void because he wasn’t made in one day. It’s built over 12 years,” he said as a matter of fact. “I don’t think captaincy is a burden. I’ve done it before when Shakib was injured.”

It’s crucial that Bangladesh too move away from the Shakib episode. Even with Bangladesh getting a full India tour for the first time, both press conferences so far in India have been dominated by Shakib’s ban. Bangladesh have glaring issues to fix as they build towards the ICC T20 World Cup in Australia next year and the recent setback only makes it worse.

Take their bowling for instance – Bangladesh have the worst economy and average since the last T20 World Cup among full members apart from Ireland. If you take only pacers, their economy is the worst and average is only better than Ireland again among full member nations. So it wasn’t surprising the first agenda on Charles Langeveldt’s list was to find bowlers who can bowl in conditions like Australia and South Africa.

When it comes to their batting, the lack of big hitters has only hurt them more. Only Liton Das strikes it at more than 135 (among those with a minimum of 100 runs) since the last T20 World Cup and that’s one of the key reasons why Bangladesh have won only 33 per cent of their games since then. Mahmudullah too admitted their batting remains a work in progress. “Our fast bowling department is experienced and the onus is much more on our batsmen,” he started. “We have to be much more consistent in our batting and we have to put big scores on the board. We need to work on getting enough runs on the board and build a foundation for our bowlers.

“The new players have our backing and I am confident they’ll do well. They are under pressure but whenever you play international cricket, you have to walk in knowing there will be pressure. I am very hopeful that we’ve got it in us. We have a few guys who bat in the top order. There are a few players who bat in the middle order but they can bat at the top as well. That’s a good ability to have and I am hopeful we can execute well as batsmen. I personally feel there’s more pressure on the batsmen. I am not too concerned about our bowling but at this point, our focus is on the batting unit.”

Bangladesh have never won a T20I against India and with Tamim Iqbal also missing from the line-up, the task has become a lot tougher. The Bangladesh captain, though, clarified the players aren’t bothered by that fact. “We don’t think about it. Maybe the fans feel it but for us playing well is important. We are clear that we have to play well and that’s where our focus is,” Mahmudullah pointed out.

“As you said, we’ve been close but we’ve never crossed the line. I hope we learn from past mistakes and be ready for those crunch moments in the game. We need to focus much more on our skills and execution.”

Marcus Stoinis fined for ‘personal abuse’ of a player

They are going to be the next best Hashim Amlas –...