Cricket is traditionally an English sport, and it is a big part of modern English culture. Many words associated with the sport are used in everyday language. Have you ever heard the words “wicket”, “innings”, “pitch”, “score”, or “stumps”? In this lesson, I will tell you about the sport of cricket, the vocabulary connected with it, and some metaphors and idioms which come from it. Whether you are a sports fan or not, this is a chance to expand your vocabulary and learn about English culture. Take the quiz for this lesson here: https://www.engvid.com/learn-about-sport-cricket

Hello. I’m Gill from engVid, and today’s lesson is on the subject of cricket; the game of cricket, which is a very English sport. And you might be thinking: “Well, how is this useful for me? I’m trying to learn English.” So, it’s useful to you for the vocabulary; the words connected with cricket. You might find it useful, for example, to watch a cricket match on television and listen to the commentary, and see if you can follow it, if you recognize some of these words appearing. It’s usually at a… quite a… the commentary is quite quick, so it’s a good test for you to see if you can follow it and hear all the particular words.

And apart from the vocabulary itself and having some practice at listening, if you listen to a commentary, some of the cricket terms are used in idioms and metaphors in everyday life, even by people who don’t really know they’re connected with cricket. So, we’ll be looking at those later in the lesson. In the second part of the lesson we’ll be looking at eleven idioms/metaphors connected with cricket, so this should all be useful to you in your… expanding your English vocabulary. So, here we go. And it’s also of cultural interest, of course, to see what strange sports English people play, and also some other countries who play cricket as well. So, let’s have a look.

So, it’s a very English sport; traditionally it’s English. There’s a picture of a bat; cricket bat, and the cricket ball, there. So, basically, like with a lot of sports, you have a “team” of players – the members of the cricket team are called “players”, and each team has eleven players. Okay? And there’s a “captain” who’s the person in charge of the team; the captain. Okay.

The place where the game is played is called a “cricket ground”, so it’s a big open space with grass; and, of course, room for people to sit and watch. In the middle of the big open space is a smaller area called the “pitch”, which is a long, narrow piece, like that, piece of grass; long, narrow piece of grass called the “pitch”. And this is where… people have to run backwards and forwards on the pitch sometimes. I’ll explain that in a minute.

There’s the pitch, and at both ends of the pitch is something called a “wicket”. I think I better draw a wicket as well. That’s a wicket. So, the wicket is made up of three sticks that go into the ground; they’re wooden – they’re called “stumps”. So, three stumps go into the ground. And two… Two little pieces of wood sit on top – those are called “bails” on top. So, the point of the wicket is that if somebody throws the ball or bowls the ball at the person with the bat, if the ball hits the wicket and the bails fall off, that batsman is finished; he can’t continue playing and somebody has to come and replace him. So, that’s part of the game. So, at the end of the pitch in both places you have the wicket. Okay.

So, then you have the “bat”, which the “batsman” uses, which is made of a wood from a willow; willow tree, so it’s quite hard. There’s a “ball”, which is covered in red leather, traditionally. Okay. There are two “batsmen”; one at each end of the pitch. There’s a “bowler” who belongs in the other team, who throws the ball like this, bowls the ball at the batsman, and the batsman has to hit the ball. So, it’s a little bit like American baseball; that sort of idea, but not… the details are different. Okay.

“Bowler”, and you’ll also have “fielders” – these are people also from the same team as the bowler who are standing around the field. Some are close to the pitch, some are further away, but they’re all waiting to see what happens when the batsman hits the ball because they have to run after that ball and get it back as quickly as possible. If they don’t get the ball back, the two batsmen can run backwards and forwards on the pitch, scoring points, which are called “runs”. So, they want to try to stop them scoring too many points, so they get the ball back as quickly as possible. Okay.

So, the “pavilion” is the sort of building at the edge of the… of the cricket ground where the cricket players go into and come out of. When they’re ready to play, they come out of the pavilion. When… when maybe they’ve been knocked out, they go back into the pavilion, so that’s… the pavilion is quite important. […] 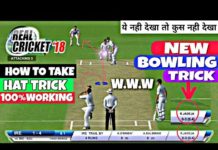 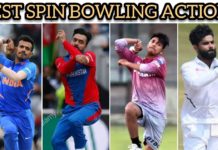 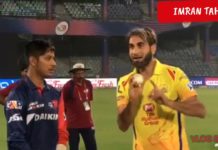 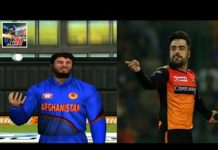 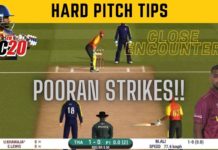 Stick Cricket Live | How to Play Outeez [Tips and Tricks]

Improve Your Bowling Run up | In English | Fastbowling...