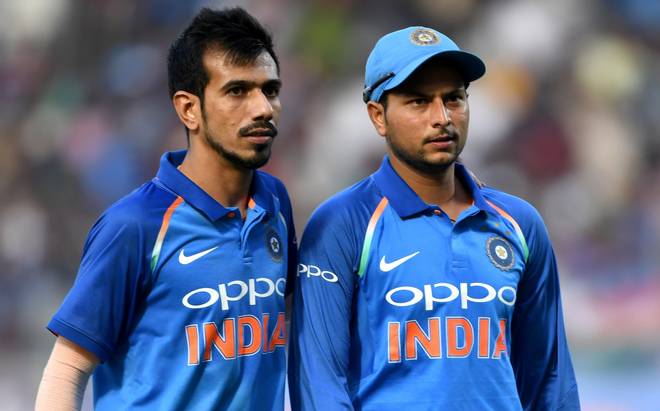 India’s bowling coach Bharat Arun has stated that Kuldeep Yadav & Chahal will play together in conditions that are conducive for spin bowling, hinting that the national side will continue picking only one among the two in the forseeable future as well. Despite banking on the two wrist spinners in the lead up to the 2019 World Cup, India altered their tactics at the last minute, opting to pair one of the two with Ravindra Jadeja.

With both Kuldeep and Chahal not being bankable as batsmen, India opted for batting depth and deployed Jadeja at 7 and Bhuvneshwar Kumar at 8 in the World Cup and in their most recent ODI assignment, in the West Indies. “We were looking at an ideal combination which gives absolute balance to the team,” Arun said ahead of the ODI series against West Indies. “Also there was an option, were we could use Jadeja as an all-rounder. So that really helped us and yes, there may be occasions when there are conducive conditions both can be playing together. But we will have to look at the overall balance before we decide the team.

“If you can bat in ODI and T20 cricket, it will give us a different dimension. You should be exceptional in at least two skills. If they can bat, it lends a lot more balance to the team. But as it is, Kuldeep and Chahal can be matchwinners on their day. When it comes to matchwinners, you forego the other aspects. They can win you matches just by one skill alone.”

Despite being a regular in the Indian T20I setup for a while now, young allrounder Washington Sundar hasn’t been able to break into the ODI side but Arun offered the Tamil Nadu player hope going ahead saying the 20-year-old isn’t far off from adding to his solitary cap in the 50-over format. “If you look at Jadeja, we have a ready-made allrounder,” Arun pointed out. “From the World Cup onwards, he has been exceptional for us. He has batted well, bowled well and is the best fielder in the world. He adds a lot of dimension to us.

“I am sure Washington in due course will stake a claim in ODIs as well. He has done well every time he has been given an opportunity with the ball. He is more than a capable batsman. Every time he has got a chance, he has played a cameo. He is someone who will be considered in the future for ODI cricket as well.” 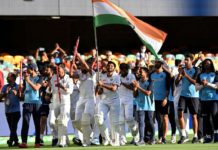 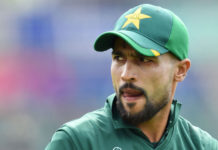 Yuvraj discloses one regret from his time with team India

Shoaib Akhtar names India batsman who was difficult to play against