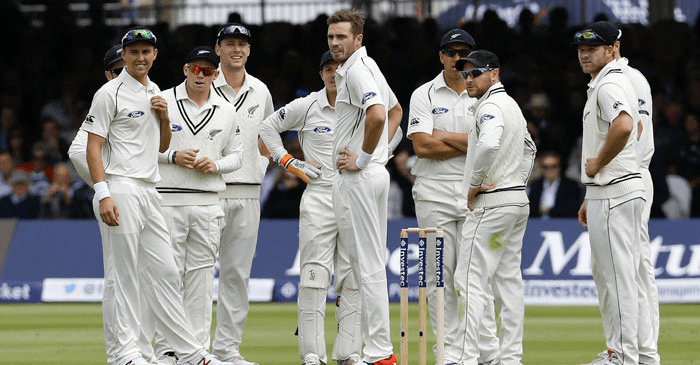 Boult’s injury must have been difficult but it wasn’t quite crisis — a testament to the depth in the current New Zealand squad. There’s Lockie Ferguson waiting in the wings with his pace and aggression. There’s also Matt Henry who’s been honing his skills with Kent in England’s county circuit.

Boult’s injury therefore is an opportunity for other fast bowlers to come in and make a mark. It’s not such a bad place to be in before the hosts fly over to Australia for a three-Test series, and the surplus excited Ross Taylor.

“I think when I first started out and we had a guy on debut, we hoped the player would do well and now we expect the player to do well. I think that’s a good place to be,” Taylor said on the eve of the second Test. “It’s probably been a strength of this side that the players have come in have succeeded straight away and put pressure on the incumbents.

“The depth is definitely the best it’s ever been in my career I think.”

New Zealand might have it slightly more difficult with Colin de Grandhomme’s injury, but they have confirmed a debut for Daryl Mitchell. The allrounder who plays for Northern District recently scored 170 not out in his only Plunket Shield innings this season.

“Colin de Grandhomme leaves some big shoes to fill but Daryl has some experience of international cricket at T20 level,” Taylor said. “He had a very good campaign around the first-class scene, too, so I’m looking forward to seeing how he goes.”

But in the fast bowling department, who out of Henry and Ferguson plays in Hamilton? Taylor didn’t give away much, but stressed out the two bowlers bring in different skills to the table.

“We wanted to lay down the marker” – David Warner