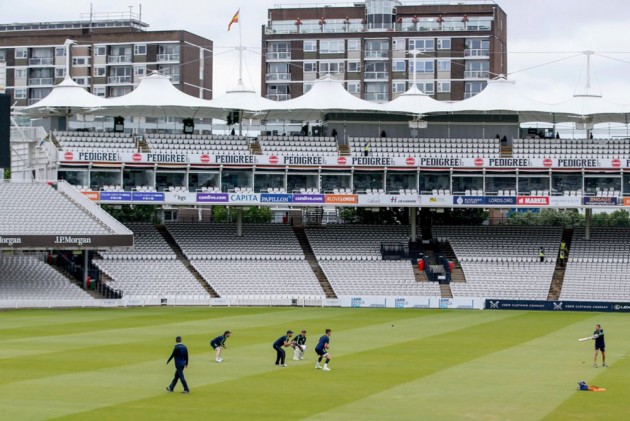 Lords : Ireland’s march to becoming a fully-fledged member of cricket’s elite will reach another important staging post when they play their first Test against England at Lord’s on July 24.

The Irish men’s side only made their Test debut last year, suffering a final day defeat by Pakistan in Dublin in a creditable display before being well beaten by fellow newcomers Afghanistan.

Since the turn of the century, Ireland have become known for their one-day exploits, beating the likes of Pakistan (2007) and England (2011) at World Cups. But Test status was always the dream.

Now this match at Lord’s is set to be the highlight of Ireland’s year given they did not qualify for the reduced 10-team World Cup won just over a week ago by tournament hosts England in a thrilling final against New Zealand, which also took place at ‘the home of cricket’.

The sport has a long history in Ireland and cricket was hugely popular there in the 19th Century.

But a rising tide of Irish nationalism and the growth of the Gaelic Athletic Association led to cricket being declared a “garrison” or “foreign” game.

Irish cricket went into something of a retreat although memorable occasions such as a televised win over the touring West Indies in 1969 helped to change attitudes.

Several of the present side have played county cricket, including Tim Murtagh, a stalwart for Lord’s based-Middlesex, who recently took his 800th first-class wicket.

Meanwhile fast bowler Boyd Rankin was briefly an England player when that was the only way Irishmen could play Test cricket before switching back.

“England need to address the balance between the red-ball and white-ball...

Devika Vaidya, Sneh Rana to lead India A, India B in...