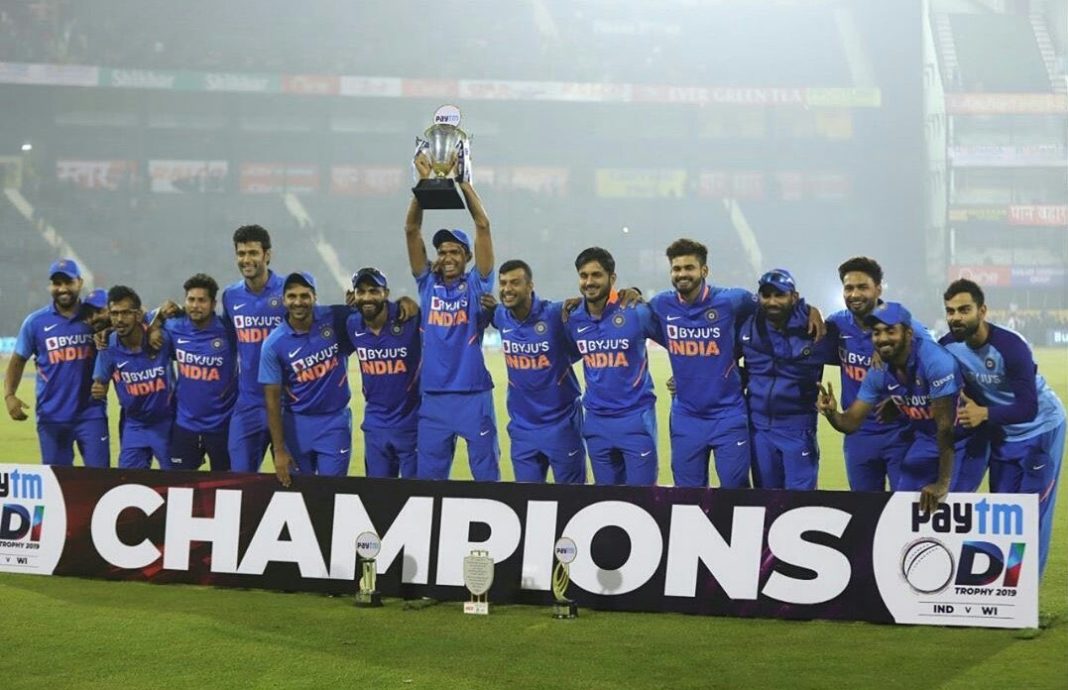 Virat Kohli, KL Rahul and Rohit Sharma scored half centuries as India defeated West Indies in the 3rd ODI encounter in Cuttack on Sunday to clinch the three-match series 2-1. Rohit and Rahul provided the hosts a brilliant start in the run chase as they stitched together a 122-run partnership for the opening wicket and Kohli clinched the game for them with a 81-ball-85. With 30 runs needed from five overs, Ravindra Jadeja and Shardul Thakur kept their calm to guide India to victory with eight balls to spare in the thrilling encounter.

Chasing a mammoth target of 316, Rohit (63) and Rahul (77) looked comfortable against the West Indies bowlers and their partnership was exactly what the doctor ordered for the hosts. However, after Rohit’s dismissal in the 22nd over, India lost wickets in a heap with Keemo Paul taking two and Alzarri Joseph claiming one victim.

The run rate did suffer a bit because of the fall of wickets but that did not bother Virat Kohli who looked dominant as ever. With nine fours, he carefully constructed his innings and his 58-run stand with Jadeja took India close to victory. But, there was still a twist left in the tale as Kohli was dismissed by Keemo Paul in the 47th over.

Jadeja (39*) and Thakur (17*) did not let the pressure get the better of them and thanks to some brilliant hits towards the end, they were able to clinch the encounter and the series for the Indian cricket team.

ICC CWC 2019: Bhuvneshwar Kumar ruled out of India’s next two...