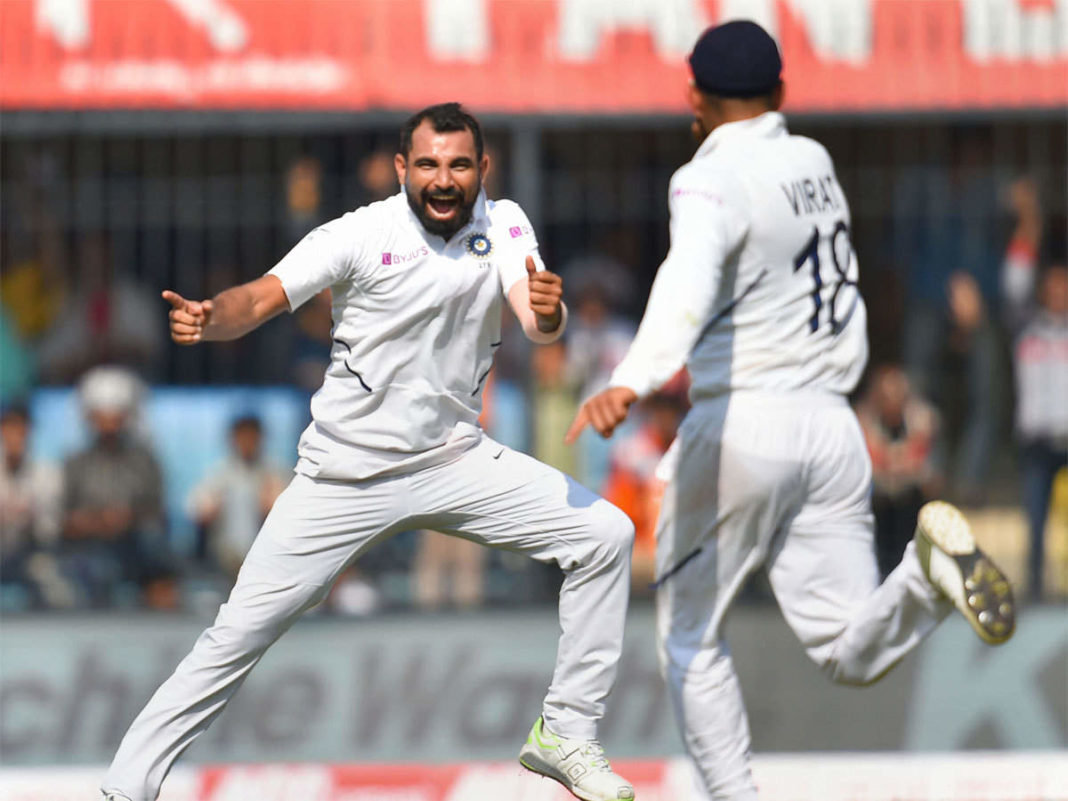 India drew first blood in the two-match Test series against Bangladesh after beating the visitors by an innings and 130 runs on Day 3 of the first Test at the Holkar International Stadium in Indore on Saturday.

After India declared on 493/6 right at the start of the day, Bangladesh were forced on their backfoot from the start itself. Wickets kept falling left, right and centre with only Mushfiqur Rahim (64) providing some kind of hope at Tea when they were on 191/6 with Rahim forming a partnership with Mehidy Hasan (38). But in the third session, India scalped four quick wickets to register a big win on the third day itself. Mohammed Shami registered his third career-best 4-31, and Ravichandran Aswin ended with figures of 3/42.