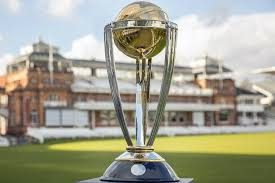 Hardly 3500 tickets are left altogether for the 2019 World Cup in England, ICC official announced yesterday.
Campbell Jamieson, General Manager of Commercial at the International Cricket Council, said majority of the tickets have been sold out for the competition to be held in the UK from May 30-July 14.
Tickets for all India amusements are sold out against Pakistan on June 16 at Old Trafford.

Britain will have South Africa in the competition opener at the Oval on May 30 while the last will be hung on July 14 at Lord’s.
Courtesy: Hindustan Times