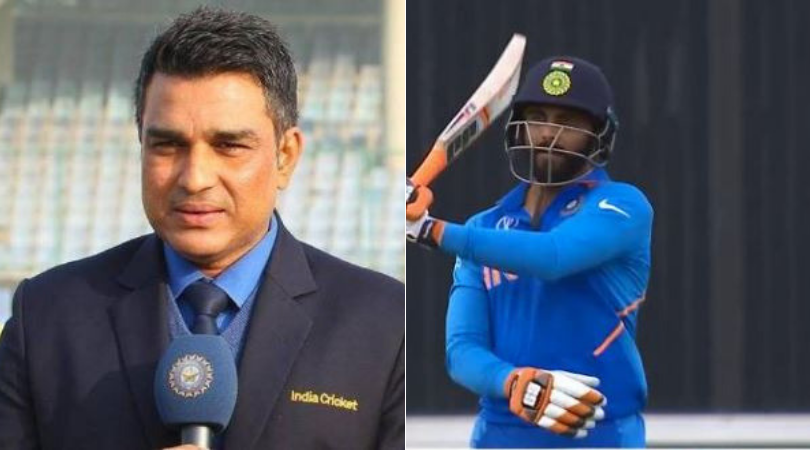 Manchester: India’s dream of lifting the World Cup trophy at Lord’s on July 14 got shattered on Wednesday as the Men in Blue suffered a 18-run defeat against New Zealand in a nail-biting semi-final at Old Trafford, Manchester

Chasing 240, India suffered a top-order order collapse as they were three down in the first 4 overs of the second innings. However, it was Ravindra Jadeja, who came in to bat at No. 8, kept hopes alive for India.

Ravindra Jadeja walked out to bat when India had lost Hardik Pandya for 32 in the 31st over and joined MS Dhoni when India were reeling at 92 for 6.

The bowling all-rounder played a valiant 59-ball 79 innings to garner respect from fans as well as crictics.Former India cricketer turned commentator Sanjay Manjrekar, who had called Ravindra Jadeja a ” bits and pieces cricketer’ also appreciated the left-hander for his brave knock.Sanjar Manjrekar wrote on Twitter, “Well played Jadeja” and added a wink at the end of his tweet.