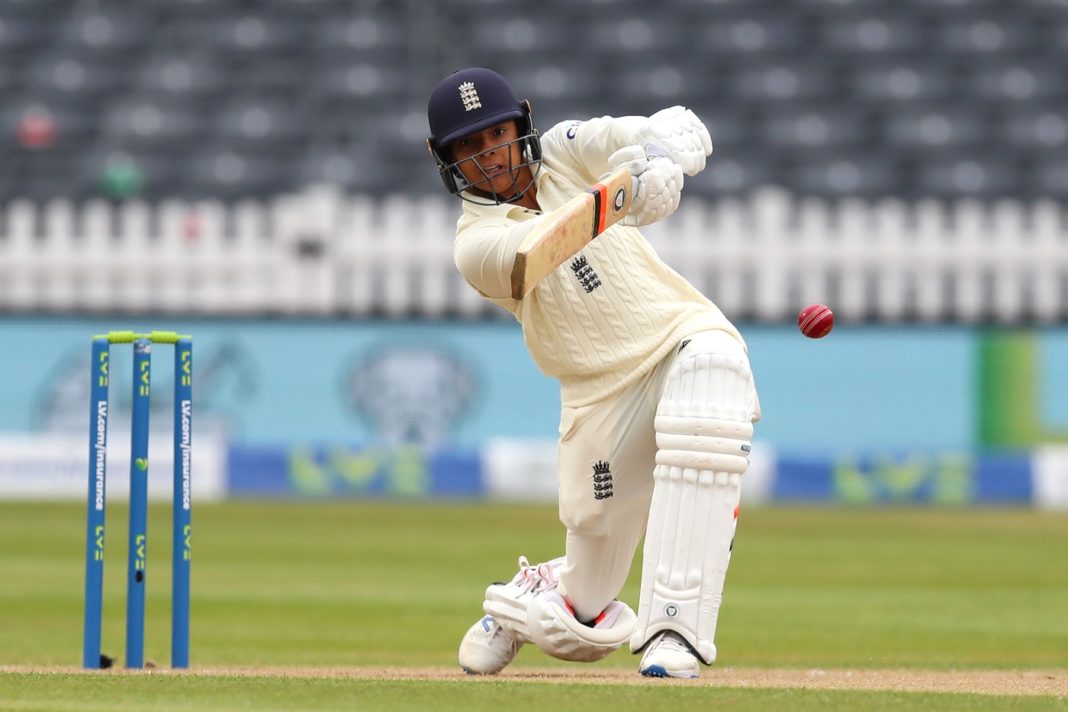 For about eight overs of the World T20 game between England and the West Indies in November 2018, the 20-year-old Sophia Dunkley showcased the calmness and maturity of an experienced batter. When she walked out to bat, England were in deep trouble at 48 for 5 and it soon became 50 for 6. However, Dunkley stitched a key stand of 58 with Anya Shrubsole to take her team to a fighting total on a tricky pitch.

Around three years later, Dunkley earned her maiden Test cap against India in Bristol. When she strode out to the middle, England had suffered a mini-collapse. Three more wickets fell with the scorecard reading 270 for 7. Dunkley then shared a crucial 56-run partnership with Sophie Ecclestone. After Ecclestone was dismissed, Shrubsole – Dunkley’s batting partner in her very first innings in international cricket – joined forces to help the home side finish with a substantial total of 396 for 9 declared.

“It’s a very exciting day for me. [I was] just trying to get the team in a good position,” she said. “To get fifty was very, very special and nice to have mum in the crowd. It’s definitely been a crazy day today, getting a half-century on debut is definitely very special for me, and then going into the fielding innings, [Smriti] Mandhana and Verma got a good partnership going and gave us a few chances at times but things didn’t really go our way. Then we got the breakthrough and five wickets fell and [it was] really exciting going into the evening and a lot of momentum to go into the morning with as well,” she added.

“No reason why we shouldn’t go and win the Ashes now”...

BCCI-Vivo deal yet to be finalised for IPL 2021