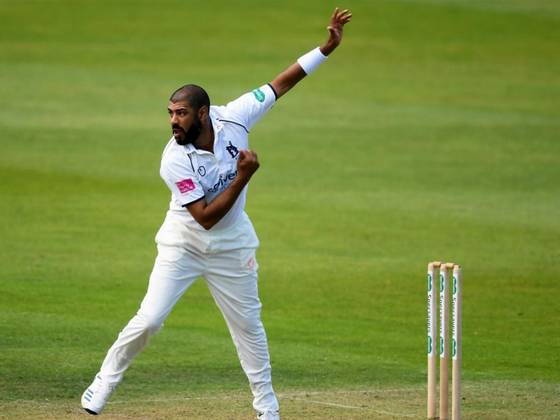 Jeetan Patel, the former New Zealand international and Warwickshire captain, has been appointed as England’s spin-bowling consultant for their upcoming T20I series against New Zealand. Patel also plays for Wellington and had to be excused from the first three rounds of Plunket Shield for the coaching gig.

Patel is the latest to join new head coach Chris Silverwood’s team for the five-match T20I series that starts in Christchurch on November 1.

“Of course it’s tricky, I’m a contracted player for Wellington, but also there’s life beyond cricket,” Patel said. “The opportunity came up and I spoke to Cricket Wellington and they were very positive about me doing that, firstly for my development beyond playing and it gives other guys an opportunity to perform in my place which is part of handing over the mantle.” Patel finished the latest county season with 64 wickets at an average of 26.75, and is set to work with legspinners Adil Rashid and uncapped Matt Parkinson.

“I don’t know how it’s going to pan out, I don’t even know if I’ll be any good at it. But I really want to give it a good go. I think I’ve got some attributes that can help some guys,” Patel said. “For me looking at what’s next, you’ve got to tap into these opportunities when they arise because they don’t arise all the time. To work with England is huge and I’m so grateful that this has come about, now it’s up to me what I do with it.”

Patel will step into the shoes of Saqlain Mushtaq, England’s spin bowling coach whose contract is understood to have not been renewed. He will join Paul Collingwood who’s been appointed as the permanent assistant coach of the England side.

“Happy to do whatever role the team gives me”: Sanju Samson