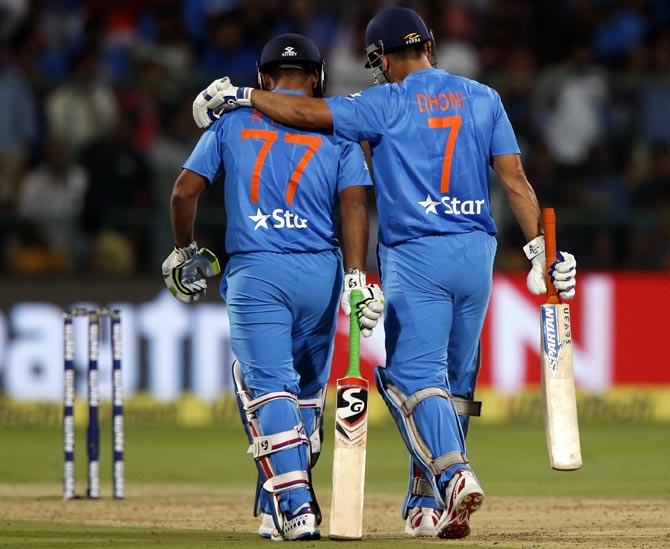 The huge task of replacing MS Dhoni in the Indian cricket team seems to have taken Rishabh Pant off the track as the young wicket-keeper batsman endured another failure with the bat – dismissed for just 4 runs – against South Africa in the 2nd T20I. Amid such a scenario where the fans have started to get worried over the wicket-keeper’s position in the team, many have asked for a return of Dhoni.

After a similar run of results with the bat against West Indies, Pant was expected to do better in home conditions but the start to the Proteas assignment hasn’t been what was expected of him. He came out to bat after Shikhar Dhawan was dismissed following a spectacular catch by David Miller. With the required run-rate well under control and skipper Virat Kohli standing at the other end of the pitch, it should’ve been a smooth sail for Rishabh.

Just 4 balls in and the 21-year-old went for a big one, looping up in the air only for Tabraiz Shamsi to take a clean catch. Even the new batting coach Vikram Rathour was spotted taking notes after Pant’s dismissal, something that he would’ve surely discussed with the talented batsman after he returned back to the dressing room.