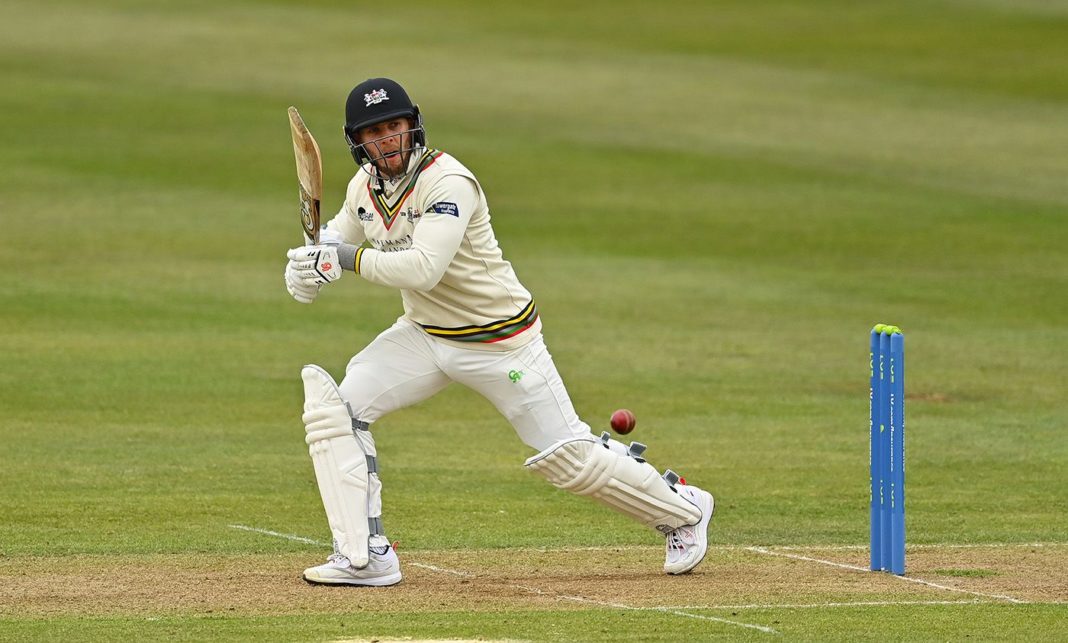 Gloucestershire went through the 400 barrier for the first time this season to put hosts Glamorgan under severe pressure as they established a first-innings lead of 110 runs on day three of their LV= Insurance County Championship Division 2 clash at Sophia Gardens.

Then they ripped through the home side’s top order to put themselves on course for a seventh first-class win of the summer. Having reached 39 without loss, Glamorgan ended on 57 for 6 when the players went off for bad light at 5.50pm – still 53 runs behind going into the final day.

Resuming on 224 for 4, the visitors picked up maximum batting points on a day when their lower order came up trumps with 195 runs for the last five wickets. Leading the way was Tom Price, whose 71 included nine fours and not only took his team past Glamorgan’s first-innings total but steered them to 419 all out to leave the home side with a mountain to climb.
Despite the overnight rain, the game started on time at 10.30am and Glamorgan went one better than their visitors by bagging a wicket with the second ball of the day. Andrew Salter had gone on the third ball of the previous morning and David Lloyd removed the dangerous Graeme van Buuren with his second ball of the session.

Van Buuren failed to add to his overnight score of 65 and departed lbw having added 40 for the fifth wicket with Championship debutant Ben Wells. Glamorgan rattled through the nine overs they needed to complete to get to the new ball and then called up Michael Hogan and Timm van der Gugten to turn up the pressure.

Two wickets fell in their first seven overs as Wells was caught at second slip by David Lloyd for an impressive 40 and Zafar Gohar became home skipper Chris Cooke’s third victim behind the stumps off Hogan for 5. That meant Gloucestershire had added 47 runs and lost three wickets in the first hour to cut the deficit to 38.

Ben Charlesworth steered the visitors to the 300 mark in the 96th over and a four from Price off Andrew Salter in the 98th over took Gloucestershire into the lead. Charlesworth had hit six boundaries in his lively 44 before he was castled by Ruaidhri Smith to make it 310 for 8.

By lunch the lead was seven runs, but an enterprising 34 from David Payne, which included a straight six and three fours, in a ninth wicket stand of 69 with Price edged Gloucestershire into a handy lead. By the time he was the last man out in the 141st over, Price had raced past his 50 (off 127 balls) and reached 71 when he was trapped lbw by Hogan.

Hamish Rutherford and David Lloyd had enjoyed an opening partnership of 136 in the first innings and once again started strongly. Rutherford hit the first ball to the boundary and Lloyd did the same on the penultimate ball of the seventh over to take the score to 39.

Then Payne enticed him to play at a ball that left him outside off stump and Miles Hammond took the catch at first slip. Chris Dent brought his spinner, Zafar, into the attack for the next over and he had Rutherford caught by Hammond with the next ball to make it 39 for 2.

Zafar then removed Nick Selman and Kiran Carlson for ducks to reduce the home side to 46 for 4 as the left-arm spinner made it 3 for 3 in his opening four overs. Worse was to follow when Ryan Higgins uprooted Eddie Byrom’s off stump for eight in the 15th over and skipper Chris Cooke went for just six runs.