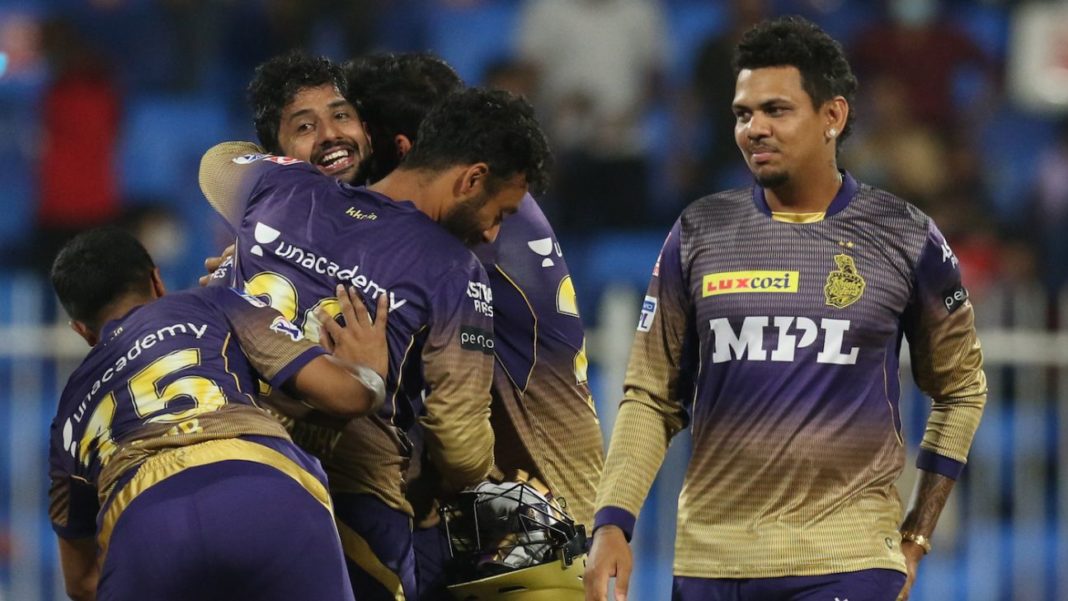 They spent a large part of the chase in cruise control, and then Kolkata Knight Riders hit a wet patch that almost threatened to skid them right off the path and into an abyss. From 13 runs needed in 25 balls, Knight Riders lost six wickets in 3.5 overs with only seven runs added, and faced an equation where Rahul Tripathi was facing up to R Ashwin needing to score six in the last two balls. Tripathi had scored six from ten balls till then, missing more than connecting, while Ashwin had given up one run in four balls while nabbing two wickets.

Tripathi had set himself up for a quickish length ball outside off, and threw a season’s worth of verve into a flat-batted hit that was carried as much by nervous energy as anything else over the long-off boundary. Knight Riders’ resurgence in the UAE leg of IPL 2021 continued, with their seventh win in nine games. They are in the final, where Chennai Super Kings await.

Delhi Capitals had seemed down and all but out of the contest for most of the second innings, but they came alive with a vengeance as Knight Riders panicked with the finish line in sight.

Before the nail-biting finish, Knight Riders set themselves up with a familiar template: the spinners choked the life out of the opposition, and the openers muscled a strong reply. Varun Chakravarthy was the bowling hero, taking 2 for 26 in four hard-to-read overs, which could have easily been 3 for less than 26 if he hadn’t over-stepped by a millimeter.

While batting, they had the fearless Venkatesh Iyer to thank, the opener’s insouciant 55 off 41 setting up a foundation strong enough to withstand the earthquake that came later.

Saurabh Somani is an assistant editor at ESPNcricinfo