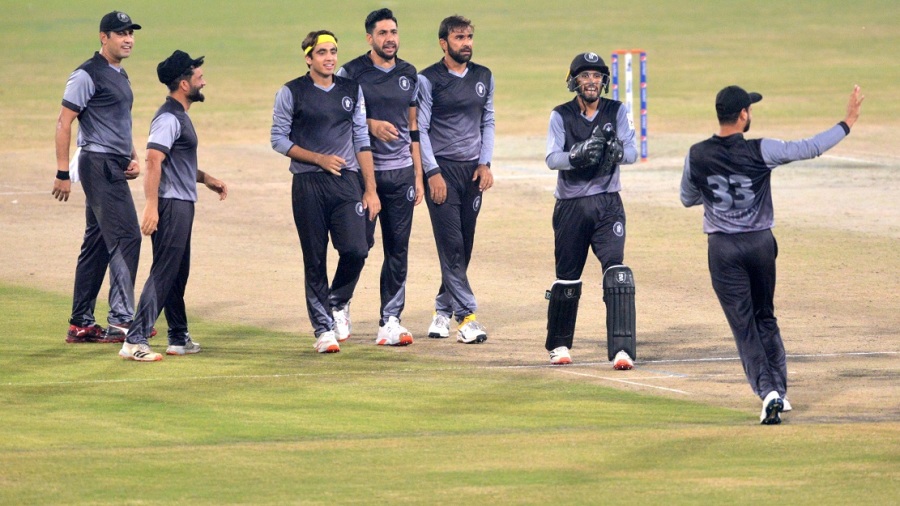 Khyber Pakhtunkhwa defended their National T20 title, storming past Central Punjab to win by seven wickets on Wednesday evening in Lahore. A stunning all-round performance by Iftikhar Ahmed, who took three wickets for five runs and smashed an unbeaten 45 off 19 balls, was at the heart of the show from Khyber Pakhtunkhwa, who dominated the game from start to finish.

After putting Central Punjab in to bat, Imran Khan struck off the second ball, getting Muhammad Akhlaq to nick off to the keeper. It was followed by the best spell Central Punjab enjoyed in the game – Kamran Akmal and Ahmed Shehzad were together at the crease, leading the revival with an 85-run partnership off 61 balls. Both players, once they got going, began to look dangerous, particularly when Asif Afridi, so impressive otherwise, was smashed for 16 in his first over.

But once Khalid Usman had Akmal stumped and Iftikhar got rid of Shehzad within seven balls of each other, Central Punjab went to pieces. Iftikhar and Muhammad Imran struck three times each, while Qasim Akram and Faheem Ashraf were the only other batters who managed double figures. The last nine wickets fell for 63 runs as Central Punjab failed to bat out their 20 overs, setting Khyber Pakhtunkhwa 149 for victory.

A total as low as that hadn’t been defended all tournament, and in truth, Khyber Pakhtunkhwa were never in danger of letting that happen on the night.

They didn’t start especially explosively, but even while the asking rate climbed, they had wickets in hand, and appeared in control of the chase. Sahibzada Farhan and Kamran Ghulam were astute in their pacing of the innings, as they added 47 for the second wicket, aware only a flurry of wickets could imperil their charge to the title. Even when both did fall, Khyber Pakhtunkhwa needed a further 69 in just over seven overs; with a man in Iftikhar’s form coming in to bat next, it didn’t feel all that much.

Any doubts were put to rest in the 15th over, where a wayward Muhammad Faizan went for 20 runs, and from that point on, Khyber Pakhtunkhwa required less than a run a ball.

Iftikhar, though, wasn’t content to stroll through to victory, and blasted his team past the finishing line in just another couple of overs. Fittingly, it was a couple of boundaries from him that sealed the win. He would go on to be named the match and tournament awards, by far the best player in a team that was head and shoulders above the rest.

Danyal Rasool is a sub-editor at ESPNcricinfo. @Danny61000