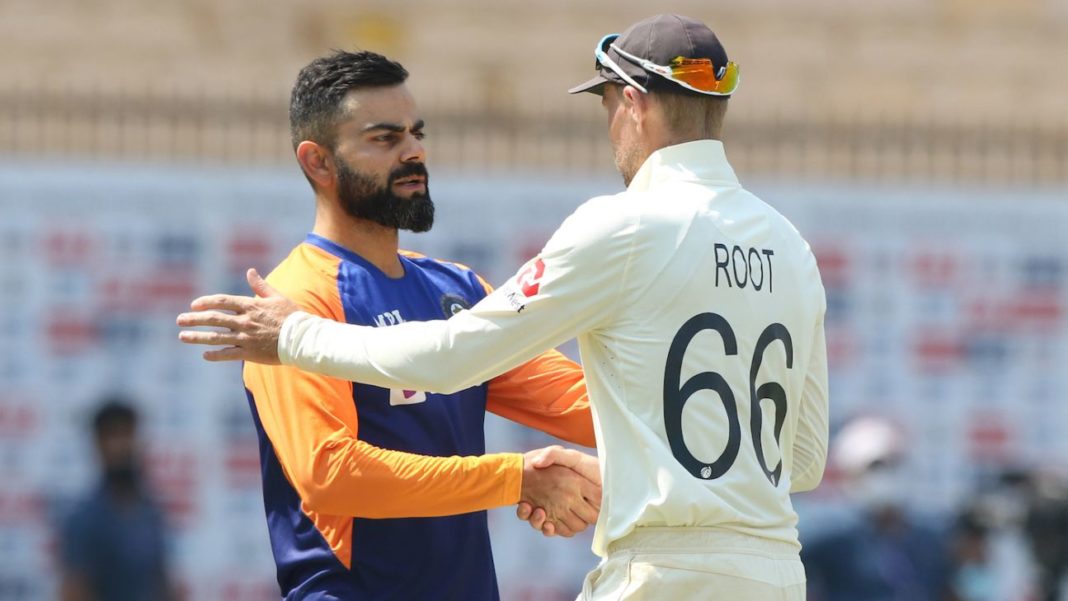 Fantasy suggestions for the third Test in Ahmedabad

Pro Tip: Although there is a change in venue and ball colour for this game, spinners are expected to play a major role once again. So, pick them in bunch.

Player availability: Pacers James Anderson and Jasprit Bumrah are likely to make a return to their respective teams. Moeen Ali will be unavailable for the remainder of the Test series due to England’s rotation policy and Dom Bess is likely to replace him.

We might not always be able to tip you off about late injury (or other relevant) updates, so please finalise your team after the toss.

Captain: Virat Kohli
There might not be a better batsman in D/N cricket (under lights) in international circuit at the moment than the Indian skipper Virat Kohli. In both the D/N Tests India have played so far, Virat Kohli was the leading run-scorer in the match and it might be the same case yet again. He has scored a 50-plus score in each of his last three Tests and he will look to convert it to a hundred this time around.

Vice-captain: R Ashwin
India’s highest-ranked Test bowler and the only spinner in the top ten Test bowlers, Ashwin bowled splendidly in this series game, taking the most number of wickets – 17 in four innings. He has also been effective with the bat recently scoring a phenomenal century in the last game and was also the man of the match award winner. If early reports are true, the pitch at Motera is likely to assist spin which makes Ashwin a certain starter in your 11.

Hot Picks
Chesteshwar Pujara: With Pink ball expected to swing more than the red ball and give more purchase for pacers, India’s number 3 batter is best equipped to handle it having played 33 First-Class games in swinging conditions at England. In the last ten Tests India have played, Pujara is the leading run-scorer with 596 runs with seven 50-plus scores. Although it is a renovated stadium now, the last

Joe Root: England skipper Joe Root has been in spectacular form with the bat recording three 150-plus scores in his last four Tests. His batting average of 57.25 against spin in Asia shows he is an extremely good player of spin. If England are to make a comeback, Joe Root is likely to be their best fantasy points aggregator.

Jack Leach: Jack Leach’s debut game in India started on a bad note after Rishabh Pant went after him early in the first innings. However, since then he has been spectacular picking up the most wickets for his side (12). He might not be as effective in the first innings, but his second innings figures of 5/122, 4/59, 4/76 and 4/100 in his last four outings makes him an automatic choice for this game.

Differential Picks
James Anderson: The highest-ranked Test bowler in this game and the most prolific pacer in the history of Test cricket is likely to get you points in bulk. In the three pink-ball Tests England have played so far, he is the leading wicket-taker with 14 wickets at an average of 17.85. In the first Test of the ongoing series which was played at Chepauk, he was the most prolific pacer with five wickets to his name.

Axar Patel: India’s latest Test debutant had a spectacular start to his Test career picking up a fifer in the second innings of the last game. He is expected to play a crucial role once again, since a majority of the English top order batters are right-handers which makes it hard to play his orthodox spin. He can contribute with the bat too.