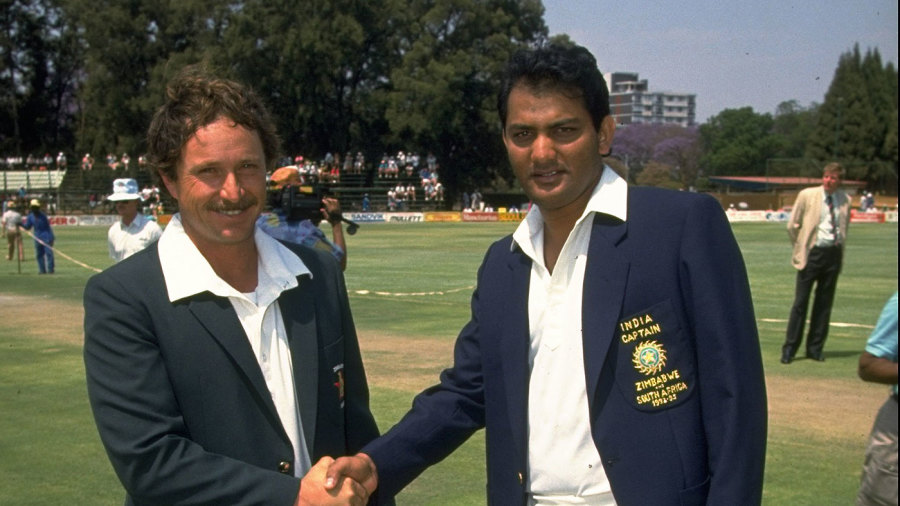 Zimbabwe Cricket (ZC) has appointed Dave Houghton as its coaching manager. Houghton will be in charge of developing and implementing coaching programs across all formats and levels of the game in ZImbabwe, and also run special cricket camps. His “ultimate aim”, according to a ZC release, will be to “help coaches to get the best out of players.”

Houghton will also be head coach at the provincial side Mountaineers for the 2021-22 season.

“We can count ourselves fortunate to have a legend of the game such as Dave joining us in a capacity that will add greater value to our coaching set-up and the game itself,” ZC managing director Givemore Makoni said. “He has a wealth of knowledge and skill in both coaching and administration and his passion, determination and hard work ethic will massively boost our efforts as we aim to continue improving and gaining success on the field of play.”

This isn’t the first time Houghton has assumed the role of ZC’s coaching manager, having been brought on in a similar role back in 2009. He was also head coach of the men’s national side in the late 90s, and was at the helm during their memorable run to the Super Six stage of the 1999 World Cup in England, following memorable group-stage wins over India and South Africa.

The bulk of Houghton’s coaching experience has come in county cricket. He stepped down as Derbyshire’s director of cricket last month, having spent three years in the role. He had served as the team’s director of cricket in an earlier term from 2004 to 2007, and was their batting coach from 2011 to 2013. He has also had spells on the coaching staff at Worcestershire, Somerset and Middlesex.

The 64-year-old Houghton is one of Zimbabwe’s greatest batters. He captained Zimbabwe in their inaugural Test against India in 1992, and scored a century on debut. It was the first of four that he made in 22 Test matches, scoring 1464 runs in total at an average of 43.05. His 266 against Sri Lanka in Bulawayo in 1994 remains Zimbabwe’s highest individual Test score.

Houghton also scored 1530 ODI runs at 26.37, and reserved his best performance for the biggest stage, scoring an outstanding 137-ball 142 in a World Cup match against New Zealand in Hyderabad in 1987. The innings rescued Zimbabwe from 104 for 7 in the company of Iain Butchart and bringing them to the brink of what would have been a sensational upset.