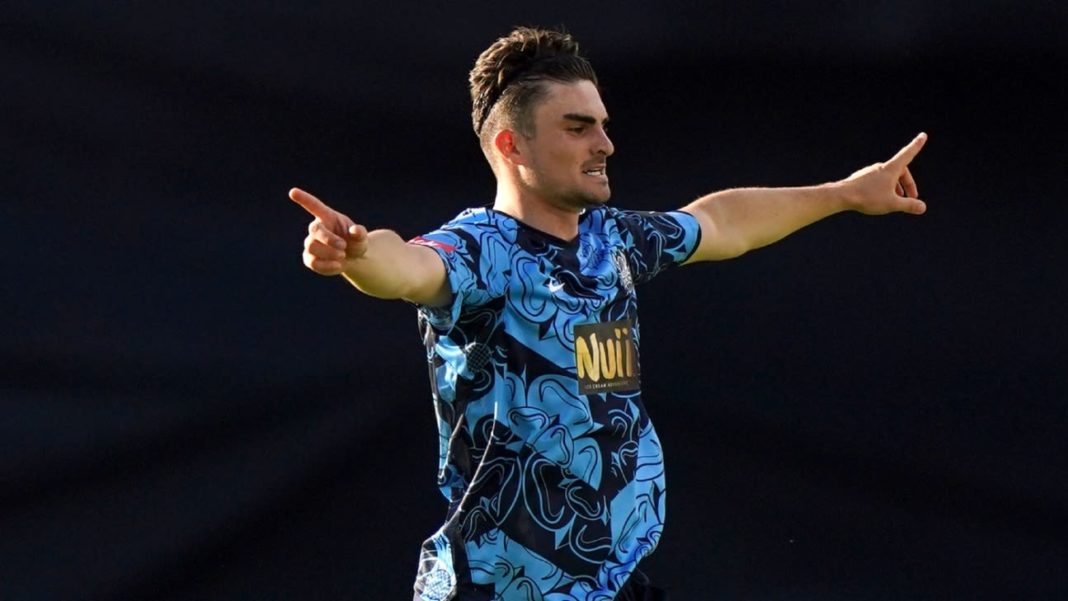 Hobart Hurricanes have signed another Yorkshireman Jordan Thompson ahead of the BBL season as they chase an elusive title.

The 25-year-old all-rounder was pursued by Hurricanes due to his unique skill set as a hard-hitting pace-bowling allrounder. He made two half-centuries in the recent Vitality Blast in England, striking at 167 across his career, and has been a wicket-taker with the ball claiming 34 wickets in 36 innings.

“I’m really excited to play in the Big Bash for the first time,” Thompson said.

“Back home, it’s a tournament we watch with great interest during the winter months, so I’m looking forward to meeting up with the team and experiencing it for myself.

“It will be great to work with a new bunch of players and coaching staff, and I’m looking forward to learning as much as I can and playing the role that the team needs me to.”

Thompson rounds out Hurricanes’ squad. The side will be largely unaffected by international duty with skipper Matthew Wade set to his first full season since 2018-19.