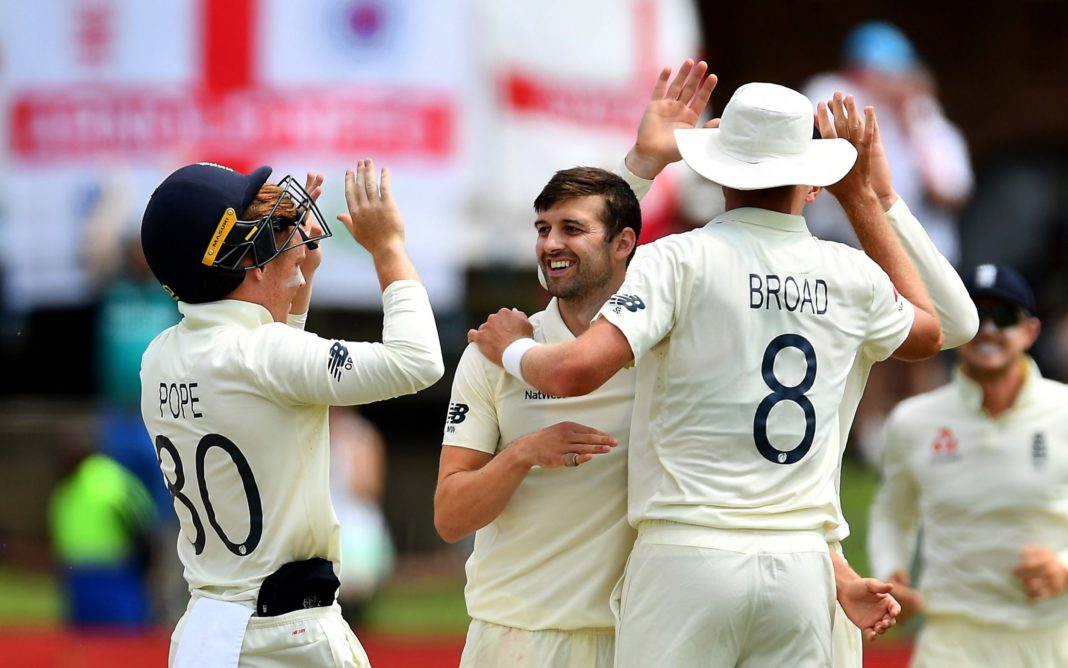 England have won the third Test after a commanding display in Port Elizabeth to take a 2-1 series lead before the fourth and final Test in Johannesburg next week. South Africa were bowled out for 237 after being made to follow-on and slumped to a heavy defeat by an innings and 53 runs.

England made a flying start to the final day. The tourists stood on the brink of victory, needing only four wickets for the win, with South Africa trailing by 188 runs and Stuart Broad made an early breakthrough by seeing off Vernon Philander with the third delivery of the day, the ball looping up off the inside edge for Ollie Pope to make the catch at short midwicket.

Kagiso Rabada followed soon after – this time Broad taking the catch at mid-on after Mark Wood’s delivery was chipped straight up. Rabada’s dismissal left South Africa on 128 for eight, trailing by 162 runs.

Dom Bess bowled Anrich Nortje for the ninth wicket before Keshav Maharaj rallied, taking an incredible 28 off Joe Root in a rampant over as he raced to only his second Test 50. It was the joint-most expensive over in the history of Test cricket and spurred on Maharaj’s partner Dane Paterson as the two put on a 10th-wicket total of 105 in an enjoyable spell for the fans who turned up expecting little.

It was a brief moment of pleasure in an otherwise gloomy Test for the hosts. England eventually wrapped up victory with Maharaj falling at 71 after being run out.