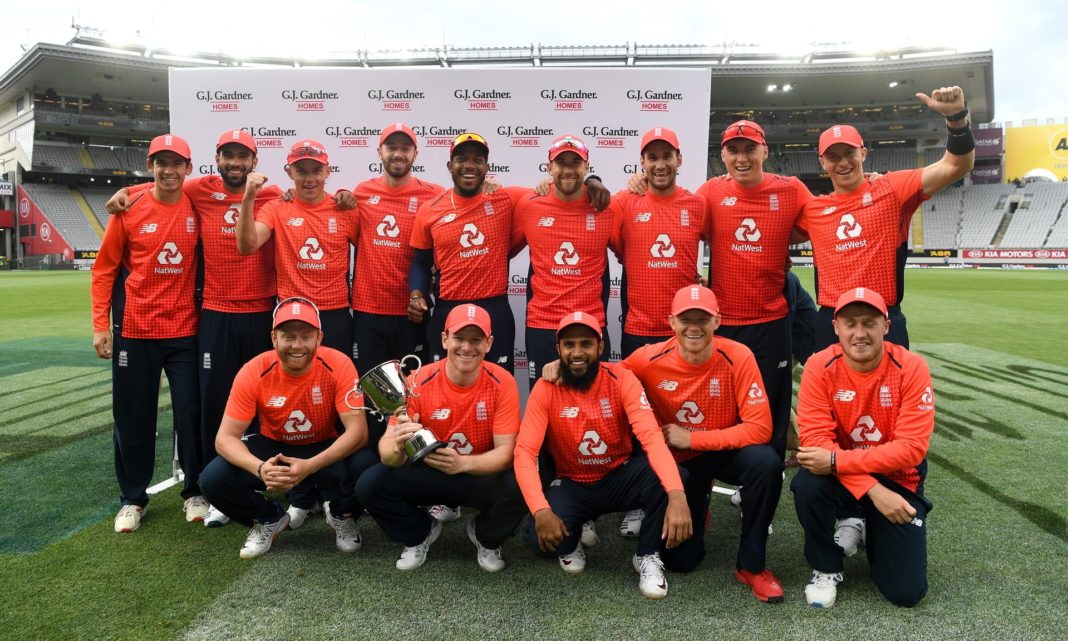 In a repeat of July’s World Cup Final the scores were tied at the end of a wildly unpredictable game in Auckland.

New Zealand plundered 146-5 from 11 overs, and it took Chris Jordan hitting 12 off the final three deliveries to take the game to a super over.

It was a remarkable finish to a rain-delayed game that contained a staggering 29 sixes in 24 overs at Eden Park.

While England, who won the World Cup final by virtue of scoring more boundaries, held their nerve in admittedly less pressurised circumstances, New Zealand will take little comfort from once again missing out by the thinnest of margins.

If the two-Test series which starts on 21 November comes close to matching the excitement on offer at Eden Park, supporters from both sides can have no complaints.