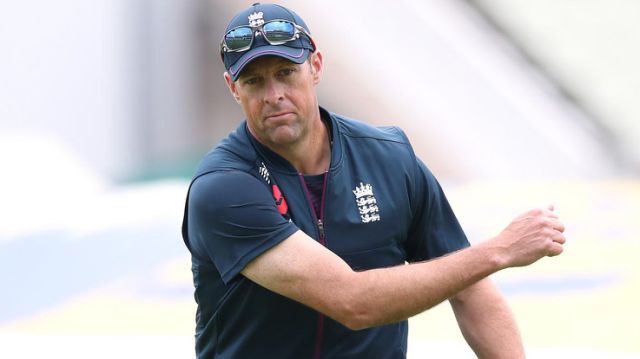 Former England opener Marcus Trescothick has been appointed the new Elite Batting Coach, the ECB confirmed on Monday (March 1). Trescothick will now step down as Somerset’s assistant coach and will take up the new role by the middle of March. The batting coach role has been vacant ever since ECB let go of Mark Ramprakash in 2019 with the likes of Trescothick, Jacques Kallis, Graham Thorpe and Jonathan Trott filling up on an interim basis. On the bowling front, Jon Lewis and Jeetan Patel have been named as the elite pace bowling and spin bowling coaches respectively. Trescothick, Lewis and Patel will join the national coaching set-up that consists of head coach Chris Silverwood and assistant coaches Thorpe and Paul Collingwood.

Patel has been working with the national team regularly in a consultant role over the last 18 months and recently did express interest to bag a full-time role. Lewis will now quit as the Young Lions Head Coach in order to take up his new role with the national side. Gloucestershire head coach Richard Dawson will step down from his role in April in order to fill Lewis’s shoes as the Young Lions head coach – a role that will be reconfigured into an Elite Pathway Coach.

“Following an extensive recruitment process, I’m really excited about the calibre of the individuals that we’ve appointed into these specialist roles,” ECB Performance Director Mo Bobat said. “Marcus, Jon and Jeetan have demonstrated their ability at the highest level and also show huge potential for the future.

Essential Components and Parts of a Cricket Kit